Nina prepared for her degree level study by completing our Access to Higher Education programme before completing her degree in rural events management at Reaseheath. She’s now working in the finance department of the well known television network ITV Studios. 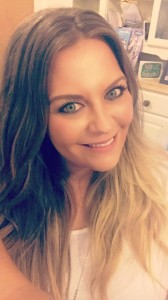 “I originally thought I would go directly into an events management role after graduating, however an opportunity with ITV’s finance department in Manchester came up, so I decided to go for it. My job, ‘SBA (Self Bill Agreement) Executive’ primarily involves overseeing the payments made to ITV talent and responding to VAT queries. I liaise with artists’ agents and management companies on a basis making sure the correct paperwork is signed and submitted in accordance to their contracts.

“I picked up a host of transferable skills from studying at Reaseheath including time management, computer skills and most importantly learning to deliver on time for deadlines. The finance modules have also proved to be extremely helpful. Another great opportunity was the chance to complete a work placement with a corporate events management company. Treated as one of team I had to think on my feet right from the first shift!

After graduating in 2014 Nina continued in education by topping up her degree to a full BSc (Hons) in International Business and Finance at the University of Derby before securing her job at ITV Studios in May 2015.

“Getting the job at ITV has been incredibly rewarding, it’s such an interesting and varied job role. I love make up as a hobby and had the chance to visit the Emmerdale set in Leeds and worked with the make-up department for a day, which was amazing!

If you’re interested in a finance role then obviously the finance modules are vital and it’s so important to put the time and effort into these lessons and the coursework involved for them. My current job role is quite niche as there aren’t many talent payment roles outside of the production industry so as a general rule I’d say it is important to have good customer service skills and prepare well for any interview you get!