Reaseheath College horticultural students were feeling chipper after taking part in a First Early Potato Show, held at the Nantwich college on Saturday.

Thirty Royal Horticultural Society (RHS) Level 2  certificate students demonstrated their skills at growing the world’s favourite root vegetable – and were rewarded with praise from one of the county’s top vegetable judges.

The students, who attend college one day a week, have been learning horticultural techniques such as how to successfully sow and plant vegetables and how to prepare them for exhibition.  Reaseheath’s Master of Horticulture Harry Delaney, who lectures the groups, hopes that their new knowledge will encourage the students to support the fruit and vegetable shows run within their local communities.

Over 20 varieties of first early potatoes, grown on plots at the college, were on show.  Local allotment holders and gardeners were invited to attend, along with families and fellow students.

Best in Show went to Mary Johnson from Knutsford , who also won the Monday group section with her ’Red Duke of York’ potatoes. Winner of the Friday group section was Mark Bayes of Hazel Grove, Stockport, who exhibited the ‘Swift’ variety.

Second and third places in the Monday group went to Janine  Shaw and Penny Harrison while Niamh Poole  and Richard Hudson-Davies were runners up in the Friday group.

The competition was judged by Derek Jones of Malpas, a well known vegetable exhibitor, judge, horticulturist and historian. He explained: “I was looking for four potatoes which were equally matched in shape, size and colour. They had to be of good quality, of uniform shape, well prepared and typical of the variety.

“The entries showed a great deal of care and attention to detail.  I must congratulate Harry for the innovative way he has encouraged students to improve their gardening skills. Hopefully their enthusiasm and knowledge will help to sustain village shows in the future.”

Reaseheath’s First Early Potato Show was held for the first time last year and was so successful that it is likely to be an annual event.

Said Harry: “This is a fantastic way for our students to translate scientific principles into practical skills into practical skills. I also wanted to take away the mystique surrounding horticultural shows by giving them some show experience at college. The students produced superb displays and gained a lot of satisfaction and personal achievement from their efforts.” ‘’ They certainly experienced the agony and the ecstasy of show exhibiting! ‘’ 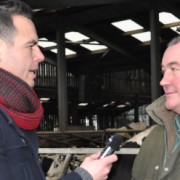 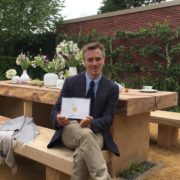 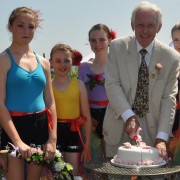 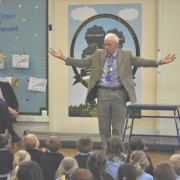 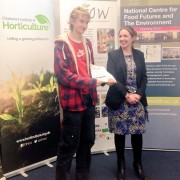