Blog - Latest News
You are here: Home1 / Adventure Sports News2 / What do you do at weekends when your job is instructing Adventure Spor...

Simon Wells, full-time instructor in the Adventure Sports team, and Dalton, a recent Reaseheath graduate and now on the team as a part-time instructor, wanted to spend the weekend climbing winter routes in Snowdonia but the sudden thaw had made them unsafe.

The pair are preparing for a nine day climbing trip that will focus on the major winter climbing routes on the North Face of Ben Nevis.

They ended up at a ‘Dry Tooling’ crag, called White Goods in North Eastern Wales. 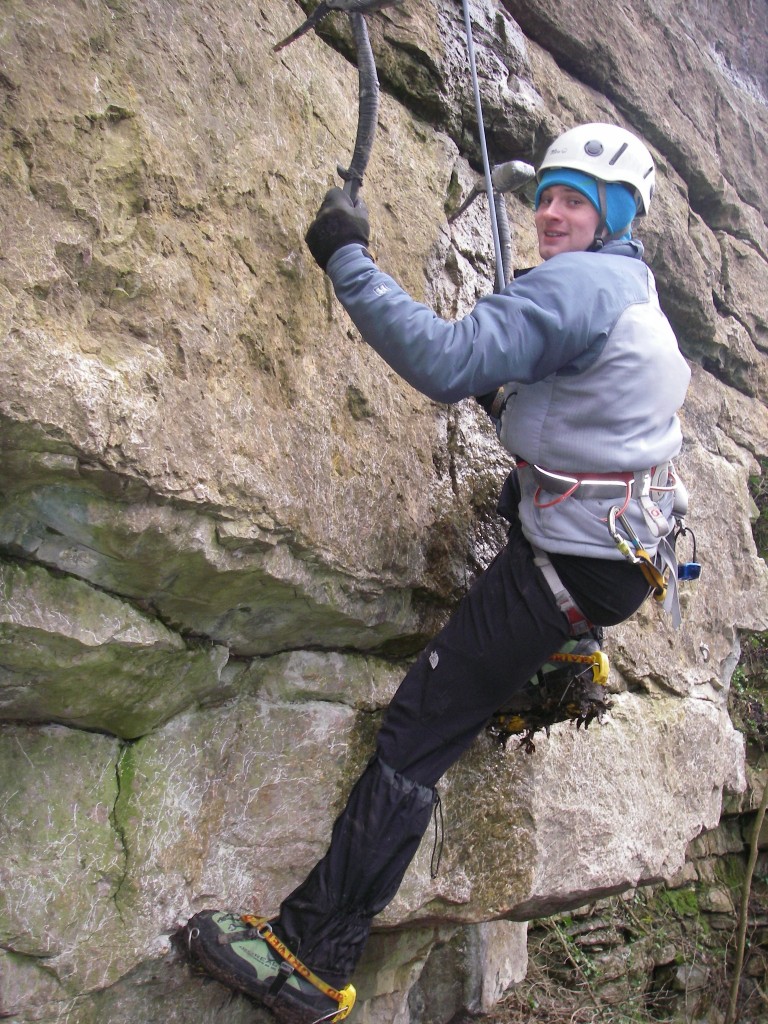 “We both wanted to climb, but it was too warm for ice and too wet for rock, so dry tooling was the answer”, explained Mountaineering Instructor Simon Wells.

Dry tooling is using axes and crampons to hook over tiny edges of rock or torque  the blade into cracks. It developed from the super hard continental routes on mixed ice and rock, hence the M grade for mixed is used to show how hard the route is. Dry tooling is ice climbing without the ice!

Despite being involved in Winter Climbing for over 20 years Simon has only dry tooled a few times before. It wasn’t the first time dry tooling for Dalton either.

“When I was a Reaseheath student we did a dry tooling workshop on our Winter Skills trip with Adam Hughes, who is sponsored by Edelrid.”

“I whipped Simon” laughed Dalton, “he fell off the first route and couldn’t get over the main overhang on the second route!”

Simon muttered something about it being graded at M7, before admitting it was great to see a former student climbing so well. 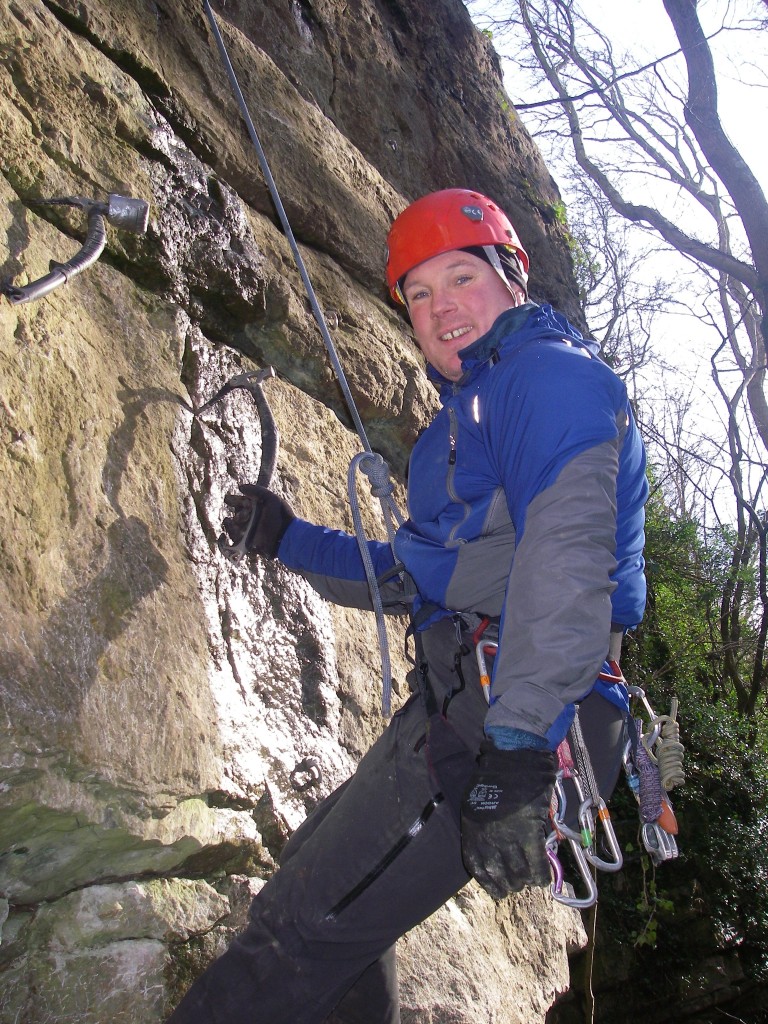 “I trained and assessed Dalton for his Climbing Wall Award. He also came on one of my Rock Climbing Master Classes and went from not getting up English 6C to doing it with no hands!  It’s fantastic to see him climbing so well, it’s the best reward as a climbing instructor to see your students improving so much.”

“What was great about today was Dalton coaching me by using some of the techniques from our Rock Climbing Master Classes. His feedback helped me to improve my dry tooling. As a climbing coach I learn a lot from trying new and harder forms of climbing. I can bring more to my groups and it helps me relearn by applying it in a harsher environment.”

In Simon’s defence he was climbing  6C+ a few days before and he wanted to preserve his strength for a degree student Master Class in indoor lead climbing the next day.  At least that’s what he told us!!!

Self Defence, Rope Rescue Skills and abseiling into buildings?
Scroll to top