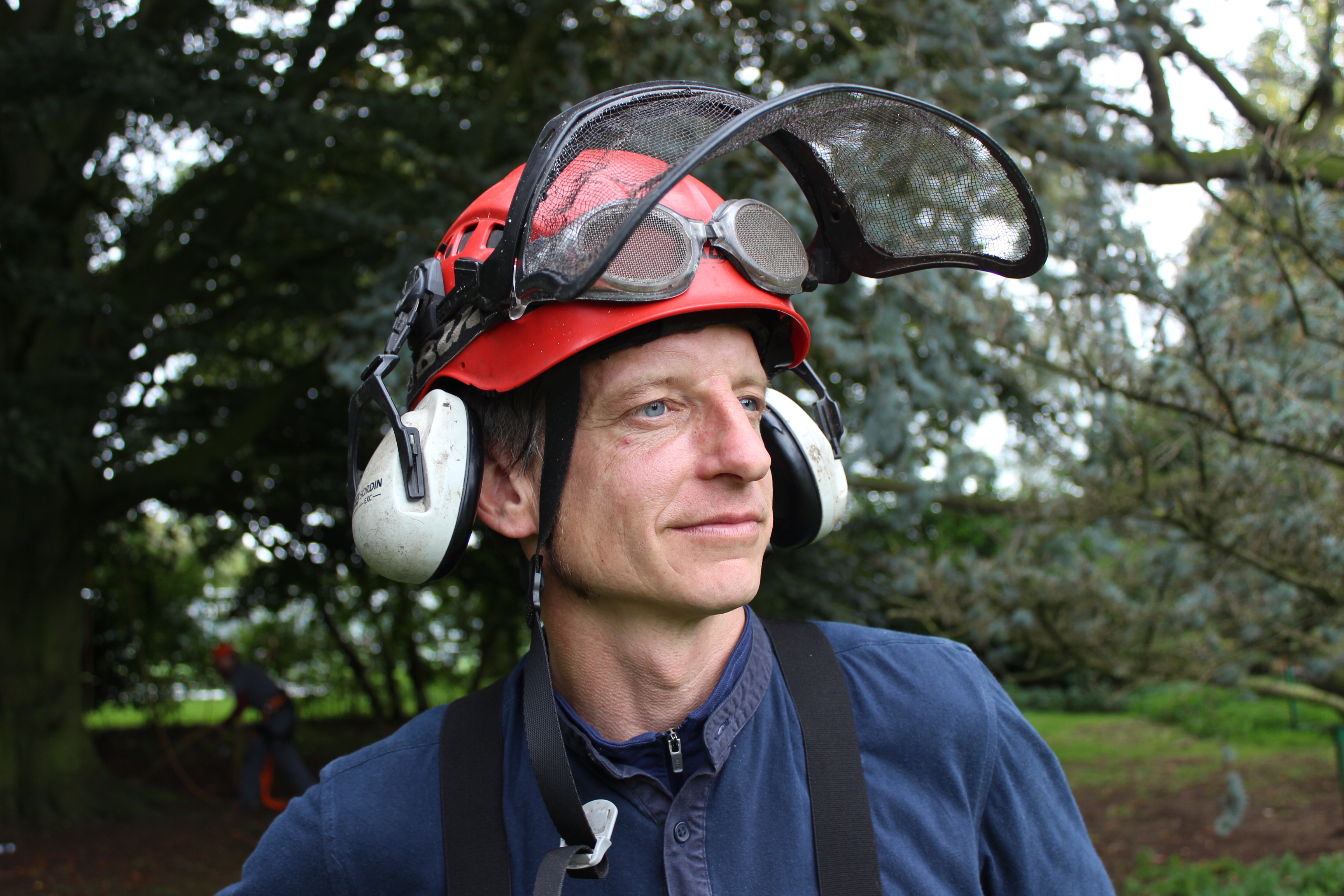 Reaseheath arboriculture trainer and NPTC assessor Jono Finlow has been helping in the recovery of the Caribbean island of Dominica following its devastation by hurricanes.

Jono, who trains many of our Countryside students, is a trustee of DART International UK (Disaster Arborist Response Team), a volunteer team of experienced and qualified arborists which is deployed to disaster zones worldwide to improve the welfare of citizens and environments.

He and fellow team members were flown out to Dominica days after the island was ravaged by Hurricanes Irma and Maria, the most powerful storms in its history. At least 27 residents were killed with many more missing, many buildings were completely destroyed and virtually none were left untouched.

With the sheer scale of the devastation hampering relief efforts, the DART team was first on the scene to remove fallen trees and other obstructions from roadways, enabling other aid and rescue organisations to operate safely and effectively. DART’s involvement followed a personal request from Dominican Foreign Minister Francine Baron, who knew of the team’s involvement in previous natural disasters worldwide.

Jono, who is Director of The Good Tree Company, Shrewsbury, was a member of the first DART team to arrive on the normally lush and green island. Working alongside the Dominican Fire Brigade and other local support teams, the arborists immediately began clearing the roads to allow essential supplies to reach communities.

He recalled: There was complete devastation. Roofs had been blown off houses and there were landslides and trees blocking the roads. There were queues and rationing everywhere we went. Helicopters were flying in supplies but it was difficult getting the supplies to the people. Fortunately we were able to start cutting straight away and were quickly able to clear major routes.

“The greatest memory I’ve brought back is the amazingly positive attitude of the residents. They may have lost their homes and possessions, but they simply said: ‘We have life. We can work together and we can get over this.’ ”

As well as helping to clear roads, Jono’s team spent time setting up tasks to hand over to the second team which took over two weeks later. This team was accompanied by a television crew from The One Show and footage of their humanitarian efforts was broadcast shortly afterwards. DART’s work was also praised by MPs.

The DART team will continue to support the Dominican residents by providing training and safety guidance on the use and maintenance of chainsaws and related equipment. Hopefully this will prepare communities to deal with future disasters.

For further info about our Countryside courses visit www.reaseheath.ac.uk/countryside