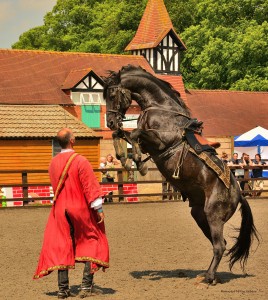 Bumper crowds flocked to Reaseheath College on Sunday to join in the college’s annual Family Festival.

Thousands of visitors spent the day at the college’s Nantwich campus, enjoying the warm sunshine and carnival atmosphere.

Headline acts included a daring display of trick riding by The Devil’s Horsemen stunt team and displays by Titan, a giant robot whose latest appearances include the opening of the Winter Olympics at Sochi. Both acts had returned to Reaseheath due to popular demand.

Families also had the chance to see a replica of Bloodhound SSC, the supersonic car which will attempt a 1,000mph land speed record in 2016. The car was part of a technology theme running through the festival and had a simulator so that visitors could experience the thrill of driving the fastest car on earth. 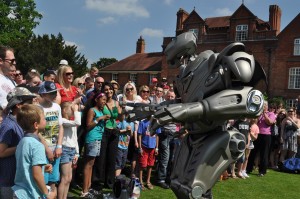 Another world record was attempted during the day when 300 visitors got down and boogied on Reaseheath’s lawn to ‘Oops Upside Your Head’. The evidence is still under scrutiny, but it is hoped that the dance will earn Reaseheath a place in the Guinness Book of Records. The challenge was masterminded by members of Reaseheath’s Student Association to raise money for the college’s RAG (raising and giving) appeal, which this year goes to St Luke’s Cheshire Hospice.

The World War I was a supporting theme of the festival, with Reaseheath Food Centre putting on a WWI field kitchen and displays by North Staffordshire Military Vehicle Trust and Cheshire Land Rover Club.  The Devil’s Horsemen team brought an original WWI canteen carriage, which was paraded round the college grounds pulled by two draft horses. 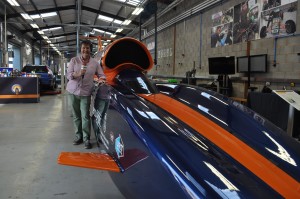 The many other highlights included a calf show which was won by Level 3 Extended Diploma in Agriculture student Becky Harper with fellow student Harley Sneyd as Reserve Champion. Families also enjoyed sheep shearing, a farmers’ and craft market, student horse riding displays, tours of the college’s zoo, a fun dog show, a tea garden and demonstrations ranging from tree climbing and chainsaw use to butchery and cheese making.

The many ‘have a go’ activities included the chance to try archery, climb the college’s indoor wall and tackle the high ropes course. 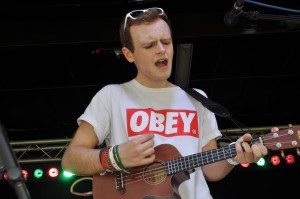 Reaseheath family festival has been running for over 20 years and is one of a number of college events to attract a growing number of visitors from the region. A recent independent economic assessment revealed that Reaseheath contributes around £85.7 million in additional income per year to the local business community.

Said Principal Meredydd David: “Once again the Reaseheath team delivered a fabulous family festival for thousands of people. In my opinion it was the best ever festival and a phenomenal success, allowing our visitors to celebrate with us what’s best about Reaseheath.

“As well as being a shop window for the skills of our students, the festival also makes a fantastic contribution to our local community and has become a not to be missed event for many people.”