How difficult is it to score past an elite amputee goalkeeper?  Not easy according to famous freestyle footballer and influencer Kieran Brown, who went head to head with the England Amputee Football Association (EAFA) national team goalkeeper Thomas Atkinson at Reaseheath last week.

Kieran, who has 1.8 million YouTube followers, invited Thomas to join him on our all weather 4G pitch for a series of challenges which included some spectacular moves from both players… and should make a very cool video.

Reaseheath is the home of EAFA and Kieran has had similar sessions with other members of the England team. He is so impressed with our facilities that he has more filming in the pipeline! 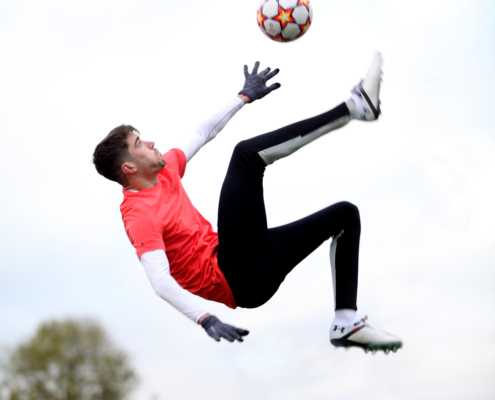 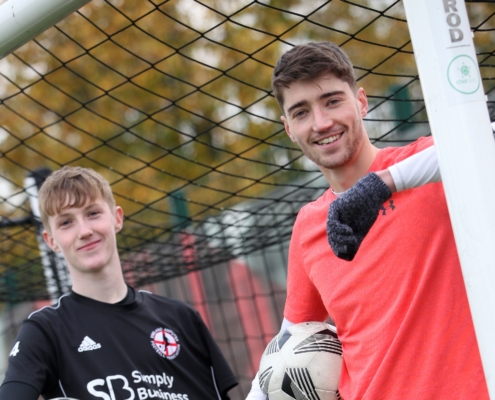