Greg Houghton, Curriculum Area Manager for Adventure Sports, Sport and Public Services, has used his expertise in sports performance and psychology to help steer Team UK to victory in the global WorldSkills finals in Abu Dhabi.

A team leader within a much appreciated support team of professionals, Greg played a key role in ensuring Team UK’s 34 competitors were fully prepared to compete internationally at the highest level.

During the finals he and colleagues had the responsibility of dealing with issues such as equipment problems or minor first aid, and they also provided pastoral care outside competition time.

WorldSkills is the Olympic-style final of a series of competitions to find the world’s most skilled young people in trade careers. Held every two years, the 2017 event was held at the Abu Dhabi National Exhibition Centre, the largest exhibition venue in the Middle East.

Over 1,300 top apprentices and students from 59 countries, aged between 18 and 25, competed in 51 different skill areas ranging from aircraft maintenance and mechanical engineering to landscape gardening and hairdressing. To add to the pressure, the intense four day finals were held in front of 100,000 spectators who included British Apprenticeships and Skills Minister Anne Milton and BBC’s business reporter Steph McGovern.

By the end of the spectacular closing ceremony, Team UK had won one gold, three silver and three bronze medals plus 13 medallions of excellence and was 10th in the medals table. Greg and his colleagues were hailed as the ‘unsung heroes’ who enabled Team UK to compete so successfully, and Reaseheath’s support in releasing him from college duties has also been recognised.

Greg, who spent 10 days with the competitors in Abu Dhabi, has been closely involved in their two year preparation.  Long listed competitors attend eight training boot camps, held at Reaseheath and Loughborough University, at which he has used sport coaching techniques to maximise success.

He said: “I feel very privileged to have met so many passionate, highly skilled and talented young people. They are great national ambassadors for apprenticeships and technical skills. Their focus, dedication and team ethos is truly inspiring.” 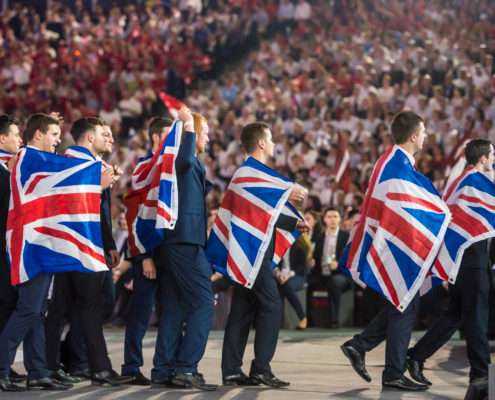 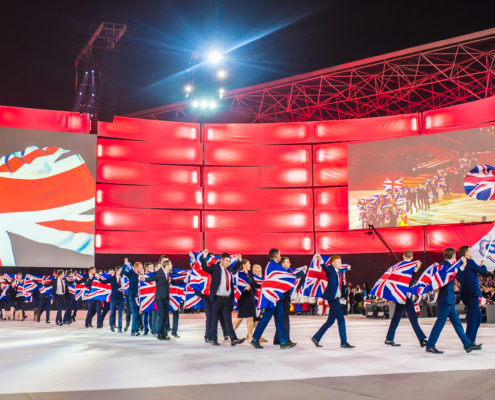