Reaseheath’s students and staff turned out in force at a college service on Friday (11 November) to commemorate Remembrance Day. Over a thousand people gathered around the flagpole on the Nantwich college’s campus to pay tribute to servicemen and women who have been or are involved in global conflict. 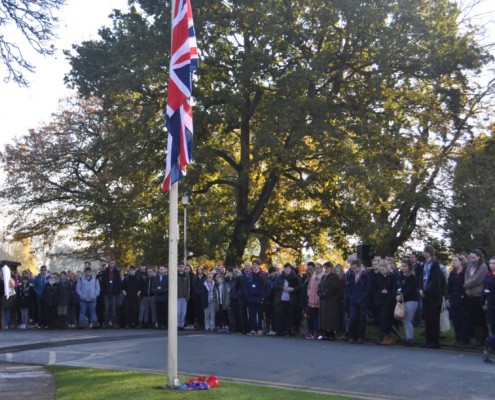 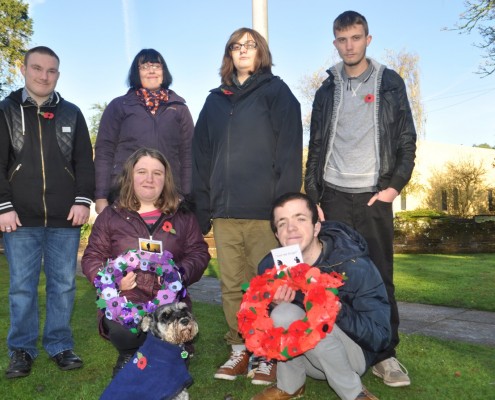 Two wreaths of poppies, one red in respect of human and one in purple in memory of the animals involved in war, were laid by Foundation students Ryan Micklewright, Emma Sutton, Ellie Wood, James Kelly, Courtney Brown and Liam Gallagher. They were accompanied by miniature schnauzer Norris, pet of former military dog handler Natasha Mooney who is a staff member in Reaseheath’s new canine department. The wreaths were created by pre-entry students.

Two minutes of silence was broken by Vice Principal Dave Kynaston, who reminded the students that global conflict often affected families nearer home, and that many members of the armed forces were the same age as themselves.