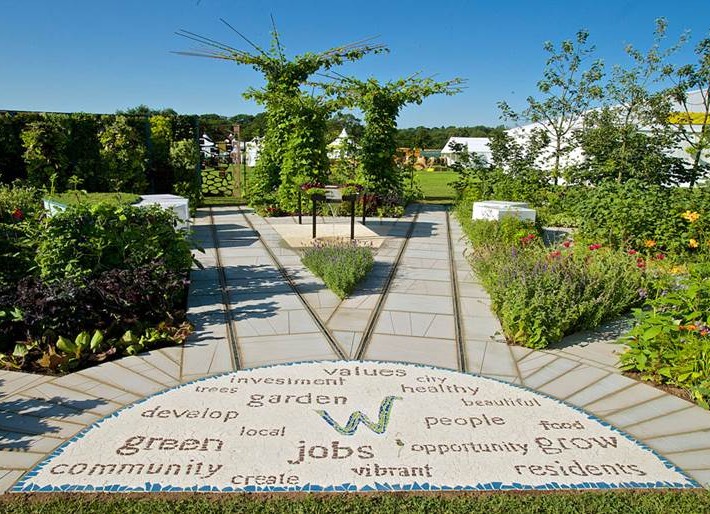 A team of ten Foundation Degree Garden and Landscape Design students achieved one of just three gold medals in the prestigious show garden section with their innovative edible garden ‘A Taste of Wythenshawe’.

Dougal Philip, Chair of the judges, said: “This was a magnificent garden which was strong, exciting and innovative and with wonderful detail. The fact that it was designed and built by a team could have posed problems but everyone has worked together. Reaseheath’s students should be really proud of what they have achieved.”

The garden will now be rebuilt in Wythenshawe Park, where it will be shared by the local community. The re-instatement will be carried out by members of the Turnaround team, a programme developed by WCHG to offer training and potential employment opportunities to those with criminal records. All team members have been trained by Reaseheath and have successfully gained their NPTC Level 2 horticulture award. 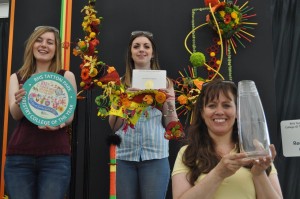 Reaseheath florists were also celebrating after winning the prestigious new RHS Tatton Park Floristry College of the Year Competition. Level 3 Diploma in Floristry students Anna Eite, Zoe Sillito and Wendy Anderson took the title against competition from four other colleges and will compete at the national finals at the Chelsea Flower Show 2015. They also won a silver gilt medal for their creative, carnival themed stand.

Reaseheath RHS Level 2 and 3 Certificate in Horticulture students helped to build a carnival themed stand for the Cheshire Gardens of Distinction, which was awarded Best Show Feature. The group, which this year celebrates its 10th birthday, was represented by Arley Hall and Gardens,  Adlington Hall and Gardens, Cholmondeley Castle and Gardens, Fryers Roses of Knutsford, Biddulph Grange, Norton Priory, Bluebell Cottage Gardens and Nurseries and the Cheshire Gardens Trust. 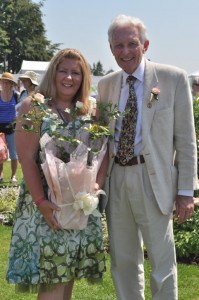 Reaseheath Horticulture lecturer Tracy Walker co-ordinated the stand, which was in the ‘Inspire’ zone, an area dedicated to cutting edge design and fresh ideas. Each of the eight gardens featured ‘The Rose of Distinction’, a new floribunda rose launched by Fryers Roses to celebrate the group’s birthday.

And in a final coup, Level 3 Extended Diploma in Horticulture student Richard Carden won his way through to the 2014 WorldSkills UK Landscape Gardening finals after a high profile three day competition held at the show. 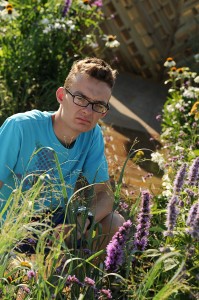 The Landscape Gardening Competition, organised by the Association of Professional Landscapers, is designed to highlight the skills and potential of young people. Finalists are considered for an international squad.

Richard will now compete at the Olympic-styled finals at The Skills Show at Birmingham NEC in November against top students from other colleges.

This was Richard’s first major competition, although he designed and built a garden for a competition held during Reaseheath’s Family Festival in May and helped to rebuild it as a feature on the college’s award winning stand at the Cheshire Show in June.

He said: “I can only describe it as being as close as landscape gardening can get to being a military operation. There was no let up at all as we had to complete the garden to a tight deadline. But I really enjoyed it and I’m looking forward to improving my skills ready for the national finals.” 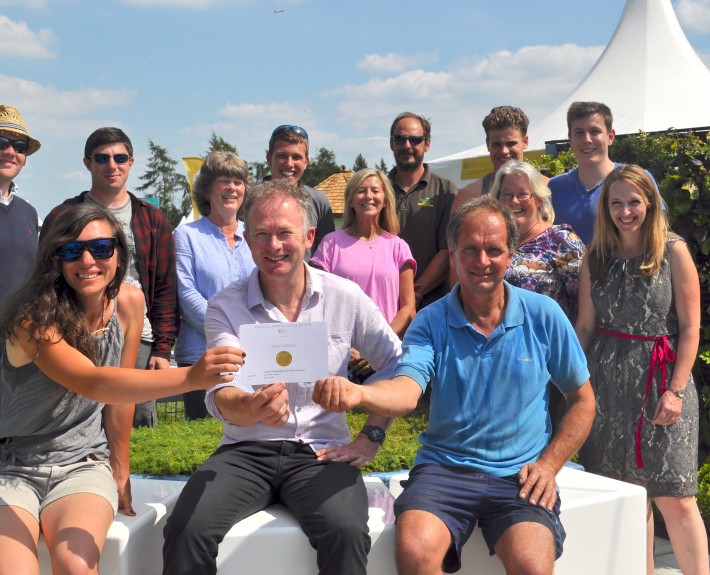