Reaseheath College united to mark Remembrance Day despite the disruption posed by Covid-19.

Following a long tradition, our campus has this week displayed many departmental tributes in honour of the people and animals who made and continue to make sacrifices during conflict.

Today (Wednesday) all lessons stopped so students could watch a college-made video of their activities before observing two minutes of silence at 11am.

Students and staff who would normally gather under the college flagpole have instead been able to pay their respects at an atmospheric archway of poppies created by floristry students around the entrance to Reaseheath’s historic hall.

Wall mounted displays of poppies and Armed Forces memorabilia by the construction department has been particularly poignant as many students are military leavers who are learning new trades with the charity Building Heroes. The department also has a long history of working with Armed Forces veterans.

The Academy of Land and Environment came up with a collective idea to spell out the words ‘Lest We Forget’ and ‘Thank You’ in person on the college lawn and grounds, with students from the departments of countryside conservation, arboriculture, horticulture, floristry and agriculture taking part. Agriculture students also painted poppies on their model cow,

Exmoor pony Yohan, who had the words ‘Lest We Forget’ clipped into his coat, was joined by Level 3 animal management students Elin Jones, a member of the Royal Airforce Air Cadets, and  Tyger-Belle Harper and Maissie-Jade Manning, who carried purple wreaths in memory of the animals who played their part in warfare. Hungarian Vizslas Elsa and Nel wore purple jackets to represent the working dogs of the Armed Forces.

The engineering department built a commemorative wall and many other departments made displays in their reception areas.

Reaseheath Principal Marcus Clinton said: “Our students and staff have come up with different and inventive ways to show their respect for the fallen.  We must all remember the incredible bravery of those who went to war to uphold the values of today.  What strikes our students most is that many soldiers were the same age as they are today.” 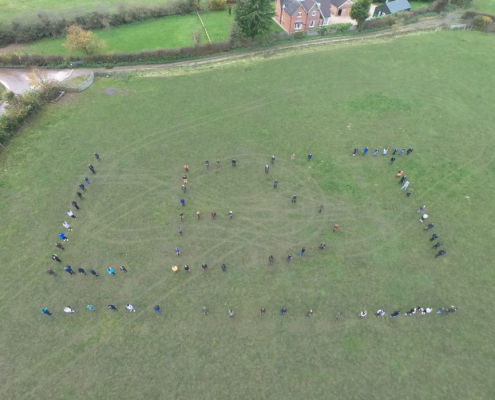 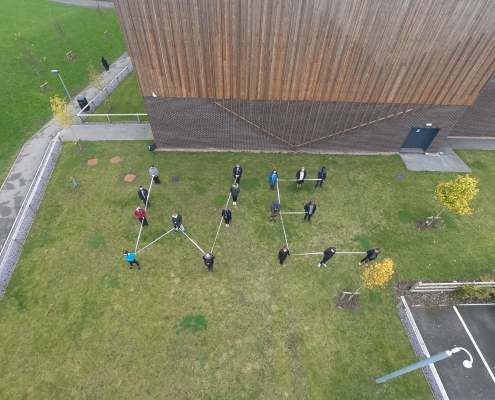 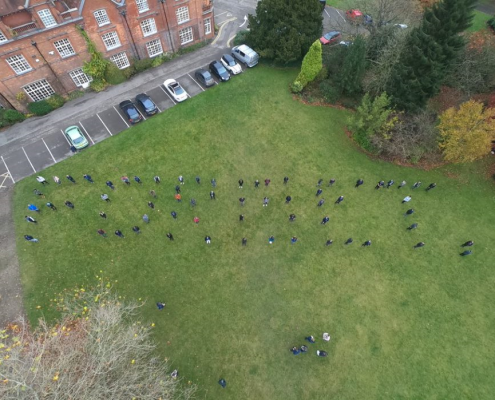 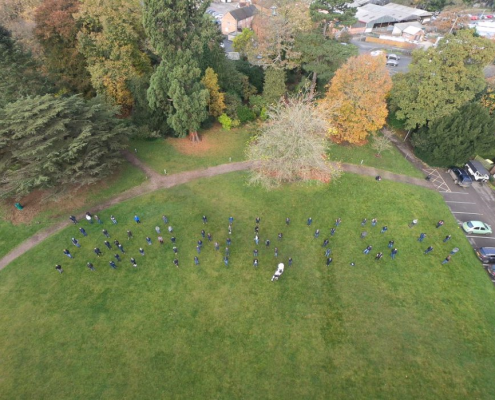 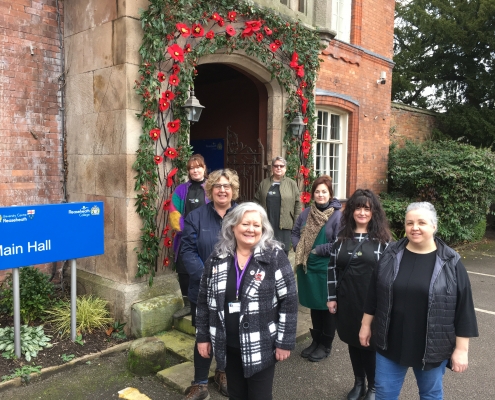 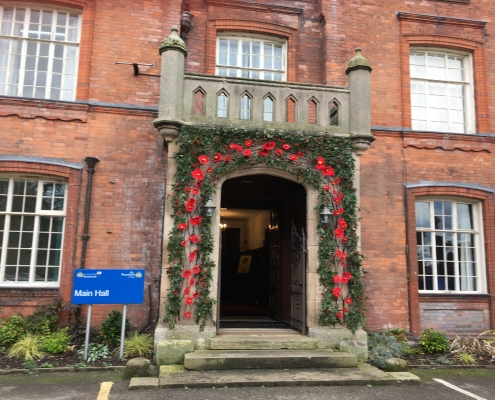 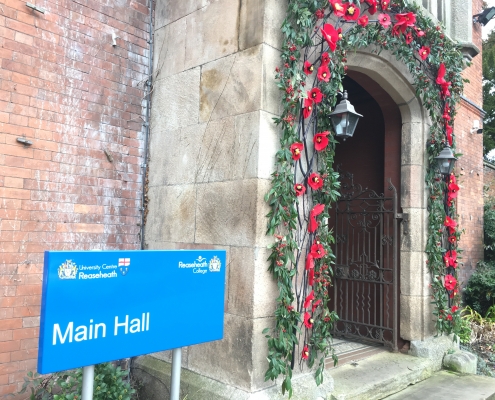 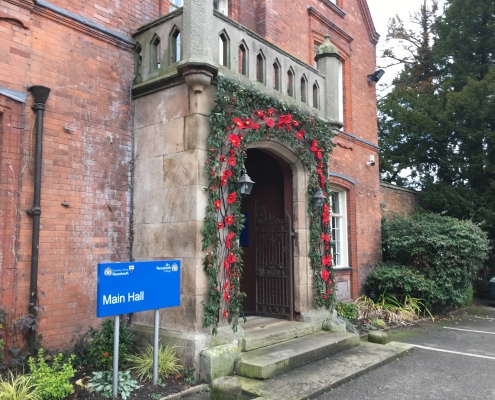 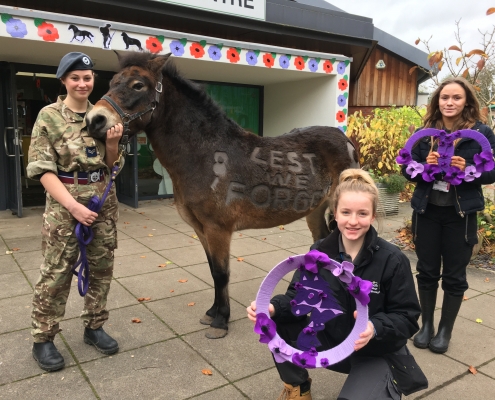 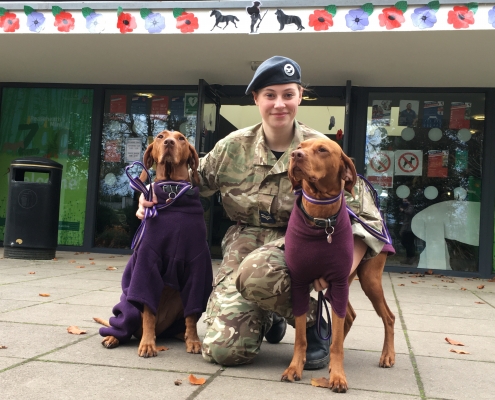 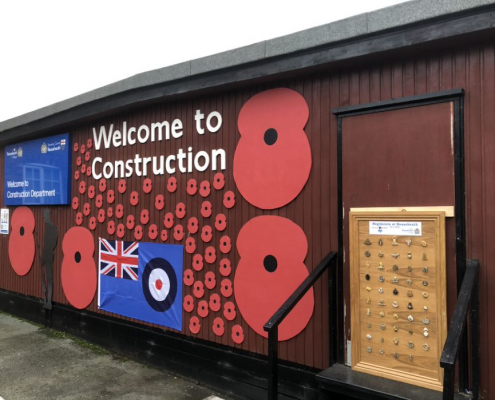 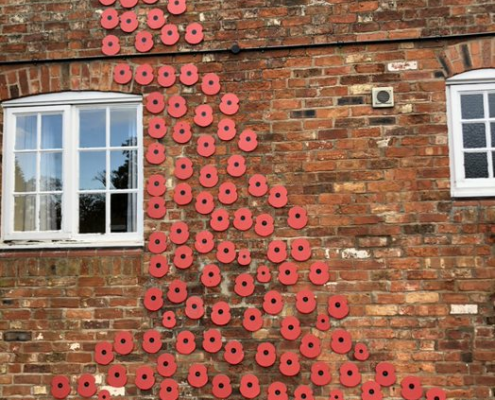 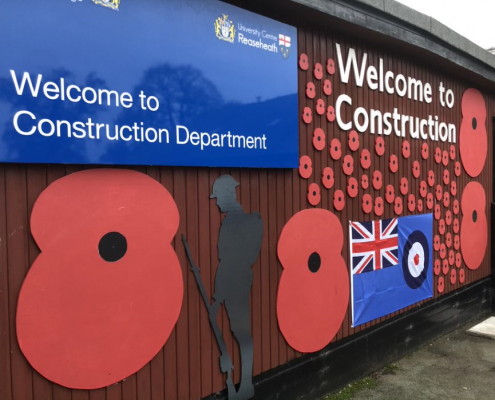 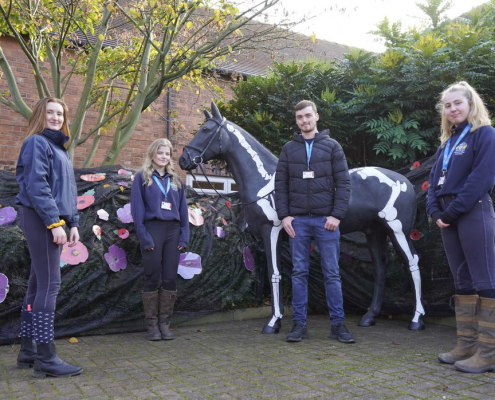 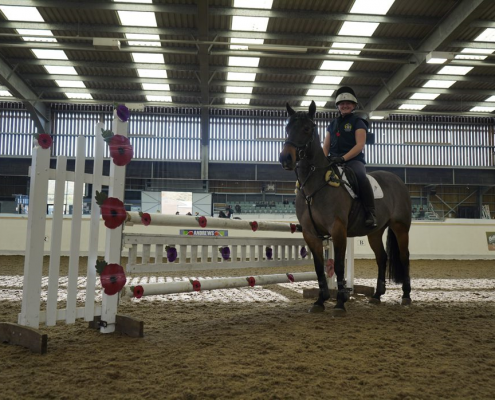 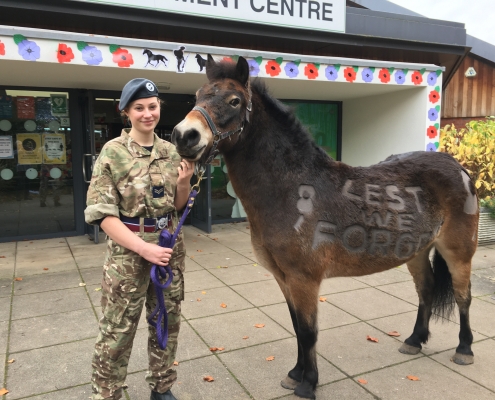 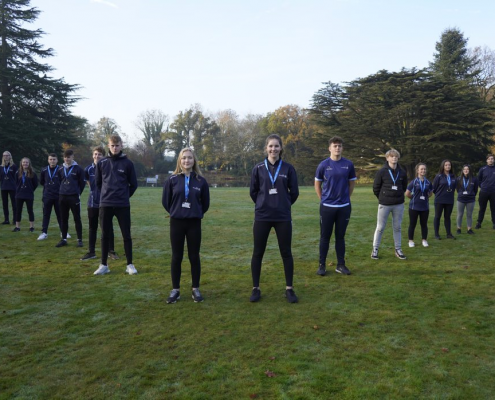 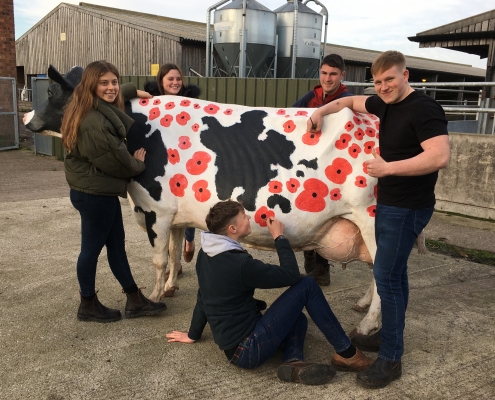 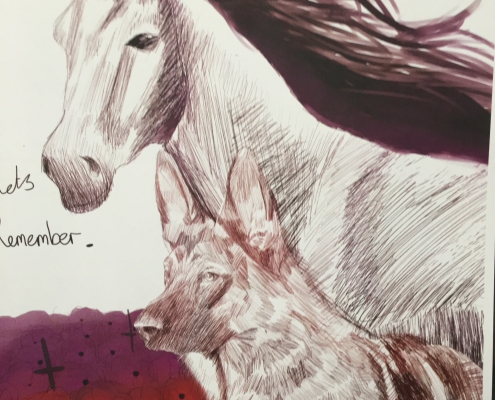 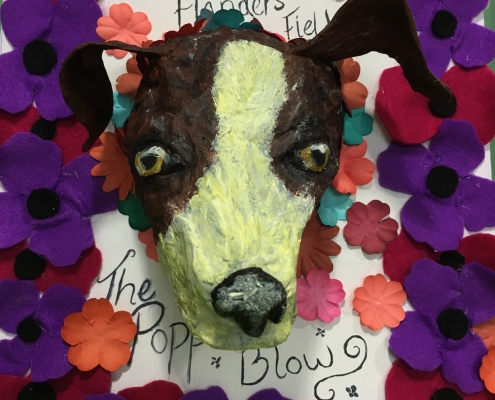 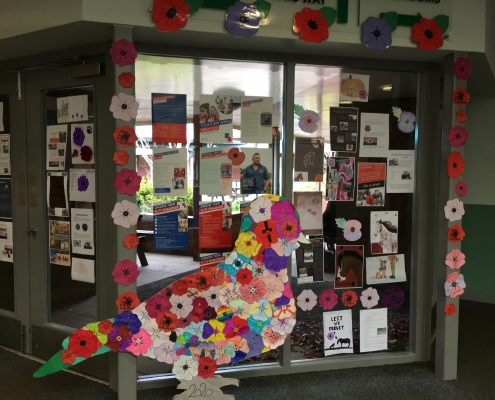 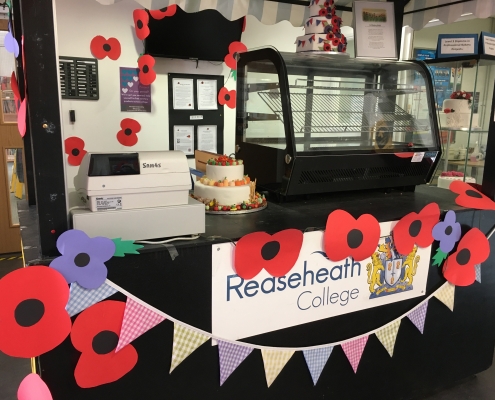