You are here: Home1 / economy 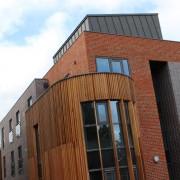 This was one of the key findings in a recent independent analysis of the social and economic impact of the Nantwich, Cheshire, college by Economic Modelling Specialists International (emsi).

Figures from the report show that Reaseheath generates income equal to 0.3% of Cheshire and Warrington’s total economy, a figure which represents 3,426 average wage jobs.

Statistics show that the skills and qualifications acquired by former Reaseheath students bolstered Cheshire and Warrington’s economy by enabling employers to increase outputs. This added £65.7 million in income to the regional economy per year.

The analysis also found that the expenditure of Reaseheath and its staff generated approximately £19.6 million in new income to the total regional output per year. In addition, non local students attending the college brought in over £407,000 in new income by spending on goods and services. 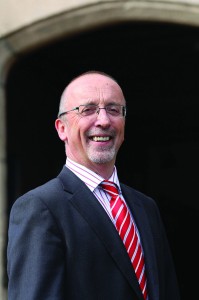 Summing up, the report states: “Reaseheath College makes a significant positive impact not only on its students but on society, taxpayers and the local business community. Not only does the college spend money within Cheshire and Warrington and employ a large staff, it also trains students to be valuable employees in the region’s workforce. These roles all add value to local businesses by increasing their level of outputs and generating a need for further jobs, creating additional income.”

Students also benefit financially from studying at Reaseheath. The report found that every £1 students paid for their education yielded £7.30 in higher wages in the future – an 18.9% annual return on investment

Statistics showed that students paid a total of £2.5 million to cover the cost of tuition fees, books and supplies in 2012 -2013 and that they also lost £21.9 million which they would have earned had they been working instead of learning. In return they should expect to receive £178.1 million (present value) in increased earnings over their working lives.

The report declared: “Reaseheath’s mission is to deliver excellence to its students. The experiences they receive at college have the power to shape the rest of their lives and put them on the path to becoming happy and productive members of their ommunities. Reaseheath also plays a key role in helping them increase their employability and achieve their individual potential.”

Another key point to come out of the report was that the general public will receive £6.00 in return for every £1 invested in Reaseheath – an annual return of 18.4%. The gain was through added income and in savings to society

Figures showed that society in general invested £66.8 million in Reaseheath through direct outlays and the loss of potential output from students who were studying rather than working. In repayment, society received £401.3 million (present value) over the course of the students’ working lives through higher taxes and social benefits such as reduced crime, lower unemployment and increased health and well-being.

Reaseheath Principal Meredydd David commented: “We are delighted that this independent report highlights Reaseheath’s major input into the economy and particularly the way we are able to support and stimulate income for our local community. It also underlines what we have long believed – that high level education and skills is a hugely important economic driver.”

He emphasised that, to ensure that its students had the competitive edge in the jobs market, Reaseheath has invested £40 million into specialist facilities and resources. A further £23 million of investment was planned over the next two years to provide a national centre for horticulture and environmental management, further halls of residence and additional social and recreational facilities.