You are here: Home1 / entrepreneurs 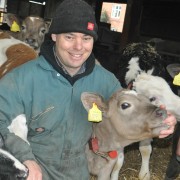 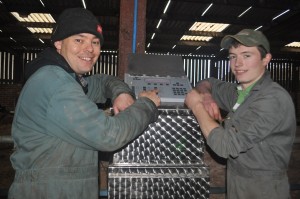 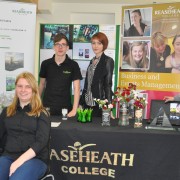 Future business leaders from Reaseheath College have won the first leg of this year’s Young Enterprise competition with their quirky idea to recycle glass bottles by turning them into household items.

Aptly named ‘New Generation’, the team of 13 Level 3 Diploma in Business Studies students will represent Cheshire East at the county stage of the contest, to be held in Warrington on May 6th.

Their business idea – to turn reshape glass bottles into candle holders, flower vases, pen pots and sweet holders – won them TWO awards, for the best overall company and for the best trade stand.

To increase their chances of success at county level the students now have to prove the business is financially viable and are busy taking sales orders from staff and students, families, friends and local outlets. They will be displaying their range in the campus restaurant and will also visit departments to drum up business.  Products can be made to order.

If they are successful at the next stage our students will represent Cheshire against other winners from the north west region.  Regional winners go on to the prestigious national finals in London.

Said Shannon Tew: “The competition so far has been very exciting and we’re working really hard to get to the next level. We’ve already learned a lot about running a real business and the judges gave us some really good comments and tips.”

Business Studies Course Manager and lecturer Julie Boulton, who has helped to mentor the students and is link tutor for the competition added: “I’m very proud of the way the team has worked together to come up with an attractive product and produce a business plan. Their presentation was excellent. I’m hoping that more success is on the horizon.”