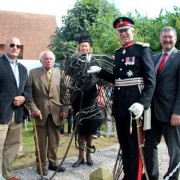 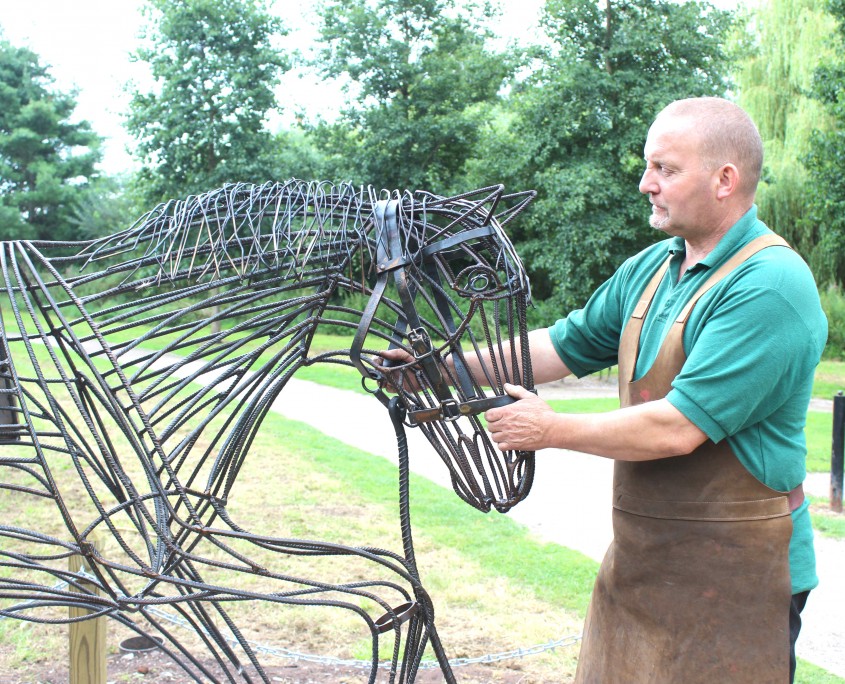 Andrew, a former Reaseheath engineering student, was commissioned by Tattenhall and District Parish Council to create a steel ‘Horse of War’ sculpture as part of Tattenhall Remembers, the village’s community event marking the centennial year. Having previously been commissioned to update Tattenhall’s village sign, Andrew was delighted to have the opportunity to contribute to the community once again. 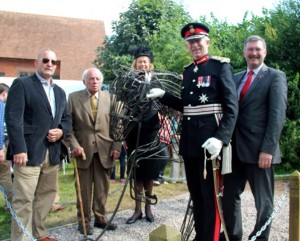 Andrew studied on the City and Guild’s ‘015’ agricultural engineering and farm mechanisation course 1978-79, back in the days when we were known as the ‘Cheshire College of Agriculture’. Speaking fondly of his time at college, Andrew commented: “College provided me with a great set of skills and grounding in the basics of engineering, which has certainly stayed with me as I’ve progressed in my career. One thing we made as part of the course was a toolbox – and I actually still use that to this day. I also made a drawbar to put on a trailer or back of a car, I’ve still got that too – some things are truly timeless!”

With an interest in the blacksmith’s craft from a young age, Andrew spent much of his early career researching, self-teaching and essentially ‘working and learning’ simultaneously to build up his forging techniques and skills.

After working in the agricultural industry for some time after finishing college, Andrew decided it was time to dedicate his workload to his passion. He built his own blacksmith workshop and has now been running his own business at Hill View Forge for 28 years. 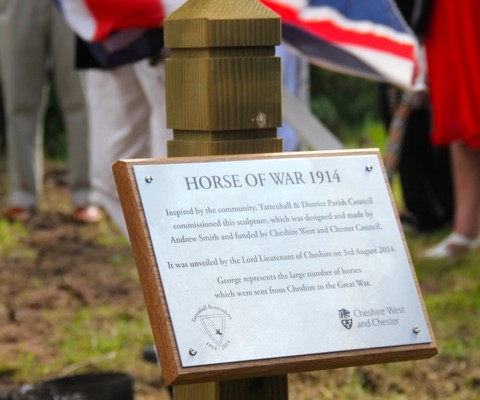 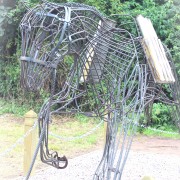 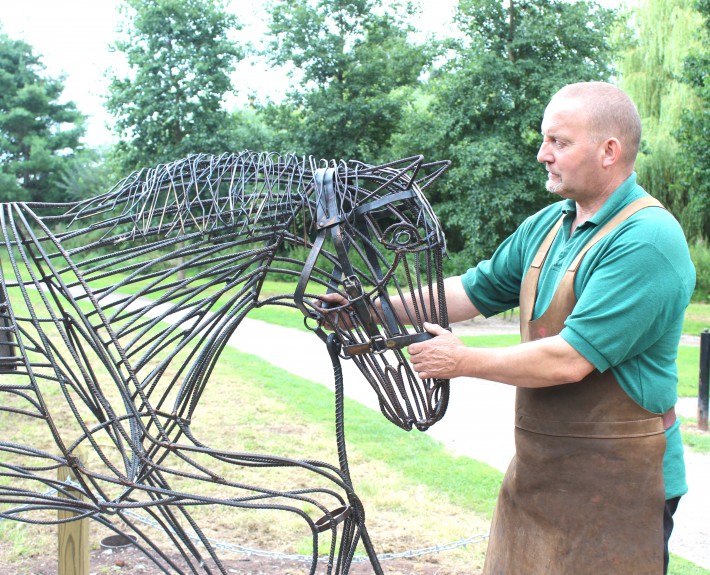 Andrew gave Katie an insight into the life of a blacksmith and chatted about his latest commission for the Village of Tattenhall – their very own ‘Horse of War‘. Christened ‘George’ by local primary school pupils, the horse was created by Andrew to help Tattenhall mark the centenary year of the beginning of the First World War.

Andrew studied agricultural engineering at Reaseheath in 1978, back in the days when we were known as the ‘Cheshire College of Agriculture’.

You can check out George and some more of Andrew’s handy work pictured below, we think they are all brilliant!!

The unveilng of Tattenhall’s Horse of War ‘George’, by Andrew Brian Smith

A small display in Andrew’s workshop at Hillview Forge, Tattenhall