Talented Level 3 Diploma in Floristry student Daisy Annandale has been recognised with a prestigious industry award.

Despite being the youngest contestant in The Florist Magazine and Good Florist Guide’s ‘Thirty under Thirty Awards’, 17 year-old Daisy was selected as the ‘One to Watch’, with judges agreeing that she is showing enormous promise and has a great future ahead.

The award was presented at a conference and awards ceremony organised by The Florist and Good Florist Guide and attended by over 100 leading florists and allied professionals. The award was created in memory of rising star Emma McDonald, who sadly died at the age of 29, and celebrates the flower industry’s young talent.

Alongside her studies Daisy works for Flores Diem, a florist and house plant specialist in Market Drayton. She was nominated by Creative Director and Designer Vivienne Derricutt, herself an ICSF Level 4 Higher Diploma in Floristry student at University Centre Reaseheath, who encourages her to progress.

Daisy began her floristry studies as a Level 2 Diploma student and is keen to move on to Level 4 in the next academic year.

Course Manager Helen Longshaw said: “I am proud to be part of Daisy’s journey and look forward to seeing what she achieves in the future. She’s a very focused and thorough florist who always aims high and is eager to grow to the next level.”

Daisy said: “I couldn’t really believe when I heard my name announced, but I was very pleased to win the award. It was a great honour, and finished off a lovely day learning about the industry and hearing about the different experiences of florists.”

Celebrations were also in order for former Reaseheath floristry students Sarah Harry and Zoe Hall, who opened their own shop ‘Wild Bramble Blooms’ in Tarporley in 2019 while still studying part-time for their Level 3 Diplomas in Floristry. The business has been accepted to join the Good Florist Guide after being recognised by industry peers for its high standards and excellent designs.

Former Reaseheath Level 4 student Ian Lloyd, named as one of the country’s top ten florists, was also prominent at the event. 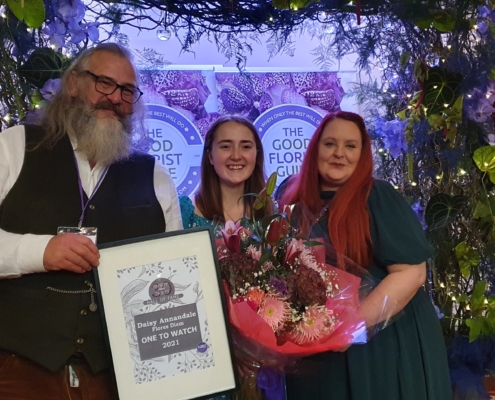 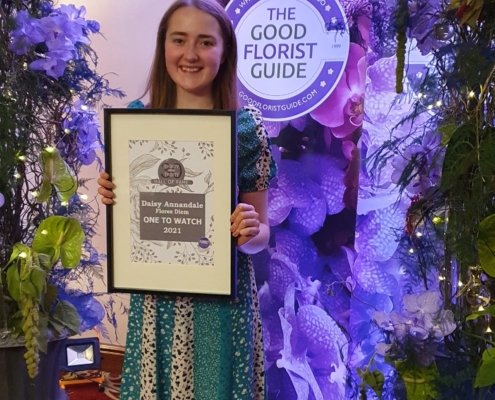 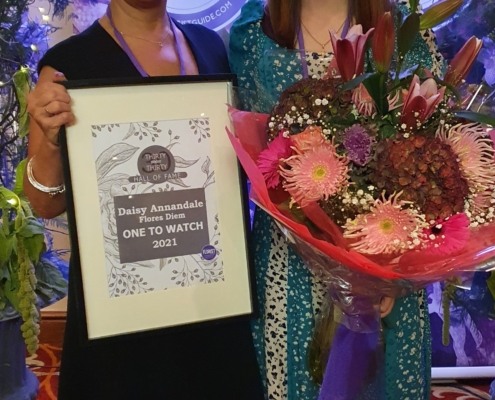 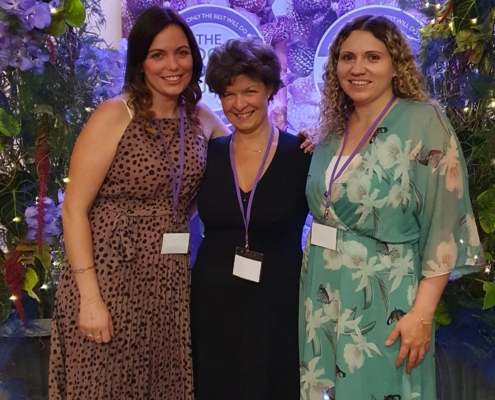 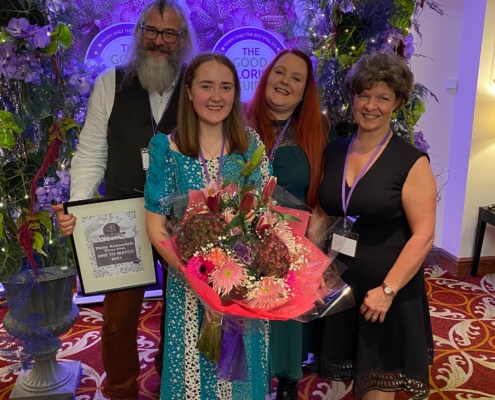 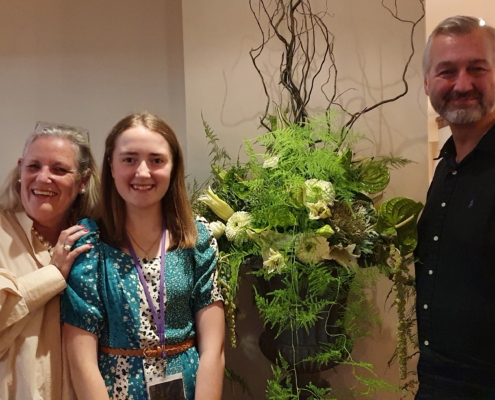