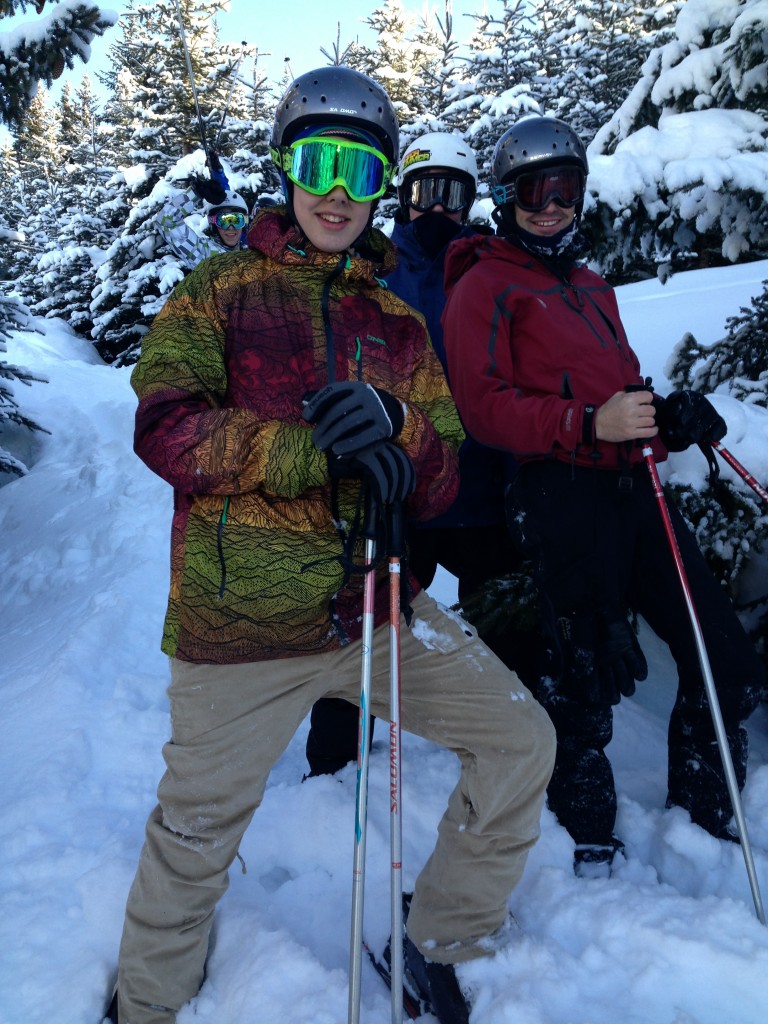 During January, twenty four students Adventure Sports students and three staff had the opportunity to spend a week in the resort of Alpe d’Huez, situated high in the Central Alps of France. The group travelled with Ski Plan and stayed in Club Hotel Beausoleil, a large hotel catering for schools and colleges right on the slopes of the resort. The hotel staff were friendly and accommodating, providing good food for ravenous appetites and nightly après-ski entertainment.

Ecole du Ski Francais organised the time on the slopes. The students were split into groups according to their level of ability and spent all day exploring some, if not all, of the 280 kilometres of runs on the mountain! The instructors encouraged beginners to gain confidence and progress quickly whilst enabling the advanced skiers and boarders to hone their skills both on the piste and in the park.

Conditions at the resort were mainly good with blue sky and all runs open. Only on a couple of days did the mountain show its more dangerous side with strong winds and icy patches which caused a few tumbles!

The group were able to learn about the winter tourism industry as well as spend plenty of time on the slopes developing their skiing and snowboarding skills. It was a great opportunity to see how a winter sports trip is organised and to experience life in a resort, including the reality of hard work and long days. A previous Adventure Sports Extended Diploma student was already working at the Hotel and, judging by the enjoyment of the week, there will be more to follow.

A Degree of High Adventure