Legends of an ancient ghost, -11 Centregrade and 60mph winds didn’t put Adventure Sports students off their Winter Skills trip to the Cairngorms, Scotland.

Mick Keeling, International Expedition leader, said “Students learnt how to use ice axes and crampons, the snow had refrozen to a solid form we call ‘neve’, meaning a slip on steep ground could be very serious. Ice and steep snow fields meant the really used their new skills. We also looked at winter climbing skills such as bucket seat belays and snow bollards. We even built survival shelters in the snow.”

In the evening the group attended lectures on avalanche detection and rescue at Glenmore Lodge, the National Outdoor Training Centre. They also looked a winter navigation and how to choose routes with reduced avalanche risk.

“The summit is meant to be home to a giant grey spectre, called Fearlas Mor in Gaelic or the Big Grey Man in English. Climbers report a feeling of dread and fear in his presence” whispered Chris.

Laughing Chris stated, “I’ve worked around these mountains for years and I have never seen or felt anything. It’s a tough and remote peak, possibly the wildest place in the UK, I guess that might play on climbers minds?” 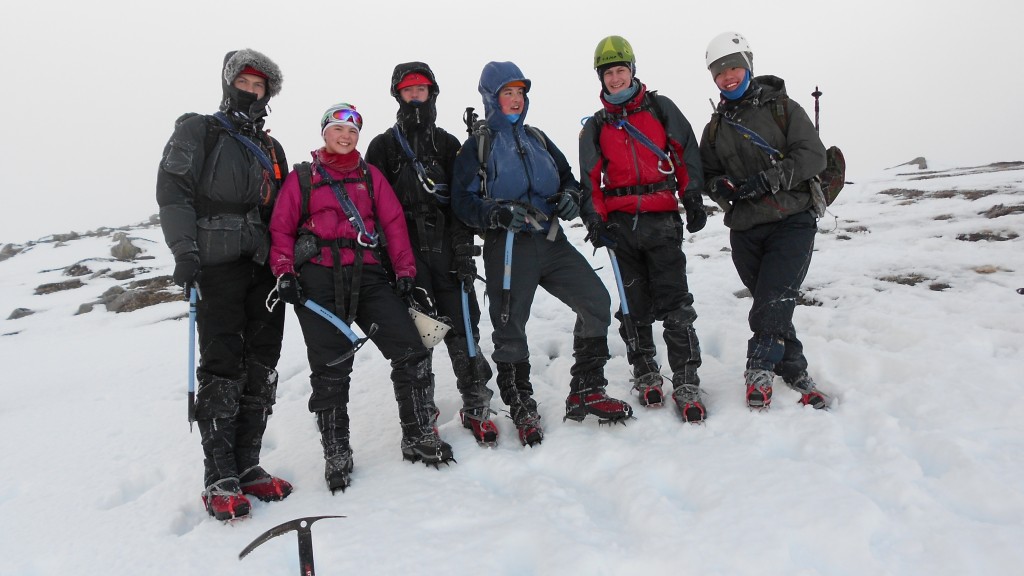 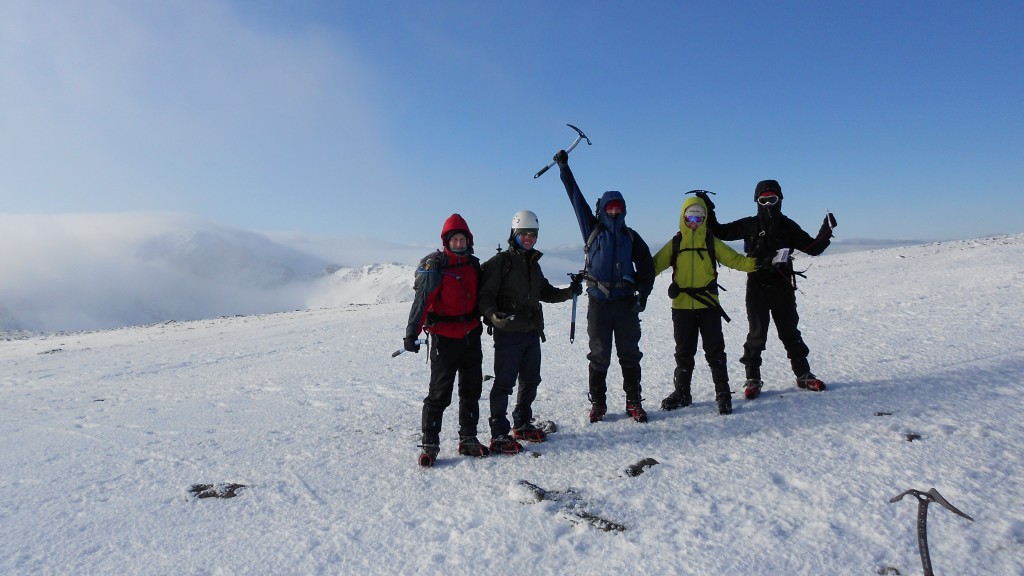 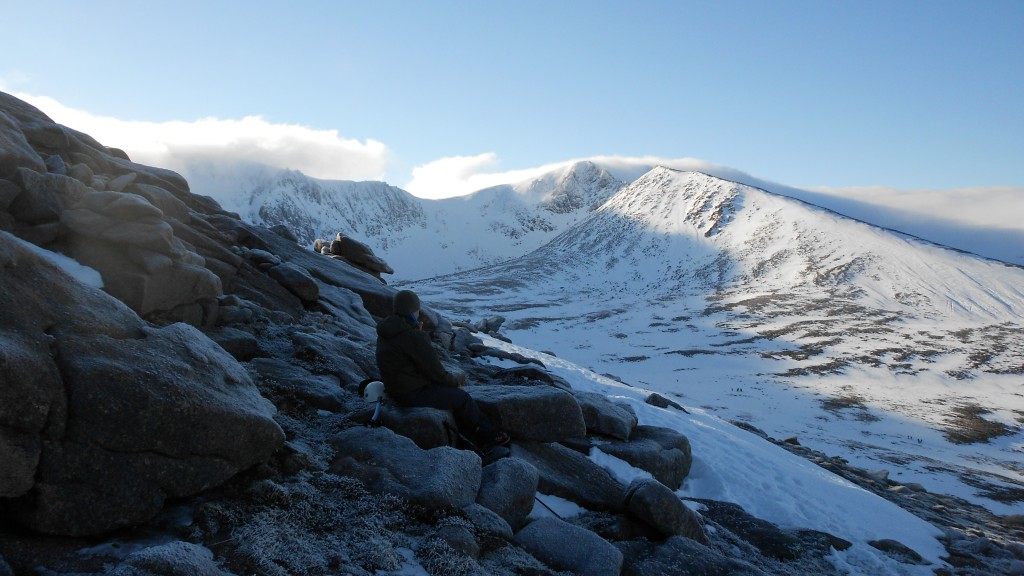 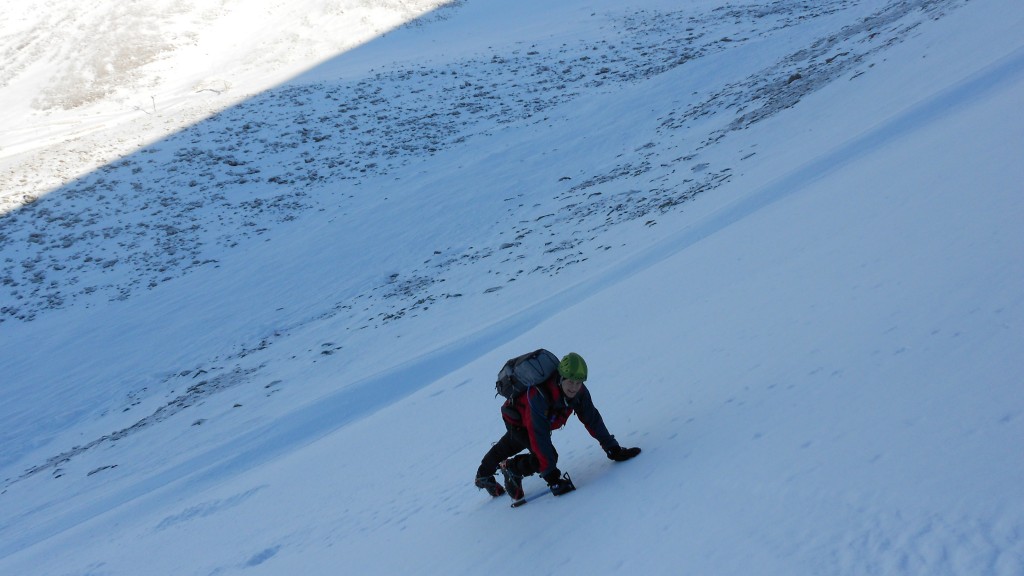 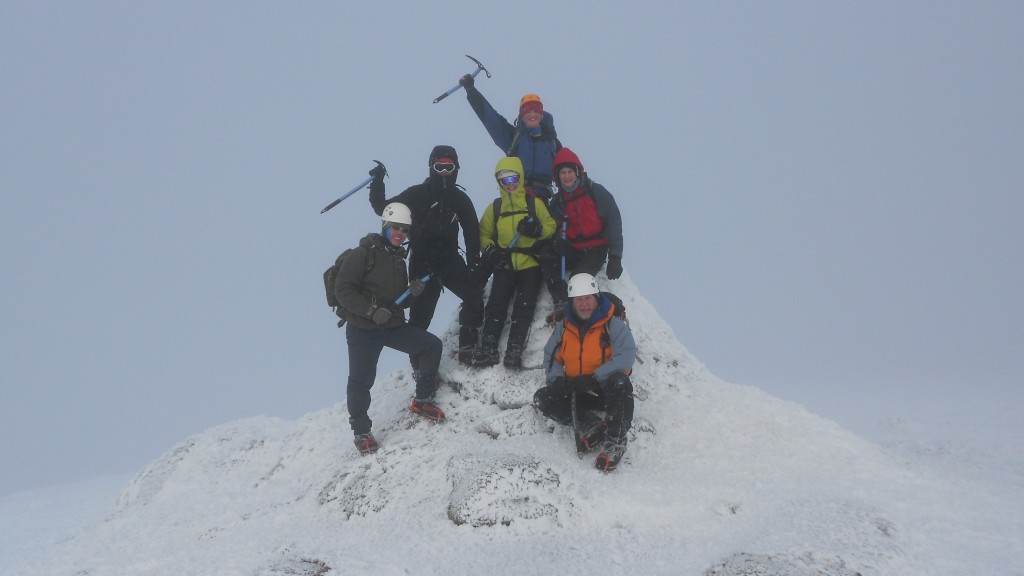