Elite players from the England Amputee Football Association (EAFA) completed their final preparations for The WAFF Amputee World Cup 2022 in Istanbul, Turkey at a training camp on campus over the weekend.

We are proud to be the national base for EAFA and were delighted to make our fantastic outdoor and indoor facilities available for the squad, who were accompanied by television crews from Sky Sports, BBC Sport and sport broadcaster ESPN.

A 29-strong team, made up of 14 players plus support staff, leave for Istanbul on Thursday and will play their first group stage match on Saturday in Group C. The World Cup is held biannually and is the pinnacle of international competition for amputee football national men’s teams.

Twenty four nations from across the world are contesting the competition, which runs from October 1 to October 9. Ours is the youngest team, with an average age of 24, and only four players have previous World Cup experience. However, training on our 3G all weather pitch has ensured they are at peak fitness and the squad are also able to draw on previous experience in major competitions including last year’s European Championships. Main sponsors of the team are sportswear manufacturer Adidas and business insurance providers Simply Business.

Manager Owen Coyle said: “The World Cup gives us a fantastic opportunity to promote our aims on a global stage and to inspire any person with an amputation, congenital deficiency or limb affecting disorder to play sport and experience the camaraderie of being part of a team.

“We have been based at Reaseheath for six years and have built up an incredible relationship with the college. This has given us access to first class outdoor training facilities, to the indoor sports performance centre and to classrooms for team briefing and game analysis. This support has enabled us to prepare the team to perform as well as it possibly can.”

EAFA was set up in 1990 to improve access to football for those with a limb disability and is credited with raising awareness of the game and ultimately changing perceptions within the sport.

Sky Sports coverage from Reaseheath should appear this Saturday on Football Focus and on FYI – SKY News for Kids, a weekly news update for young people which will also air on SKY News this Saturday. Slightly longer BBC coverage is likely to form part of BBC Sport this weekend. 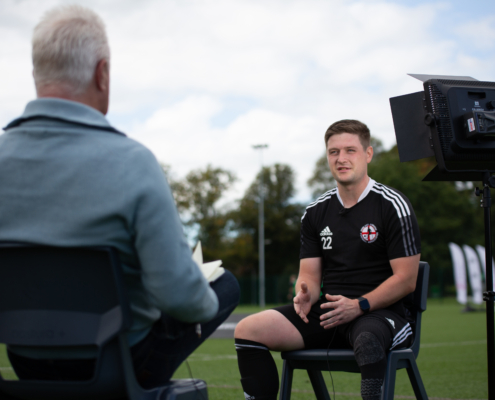 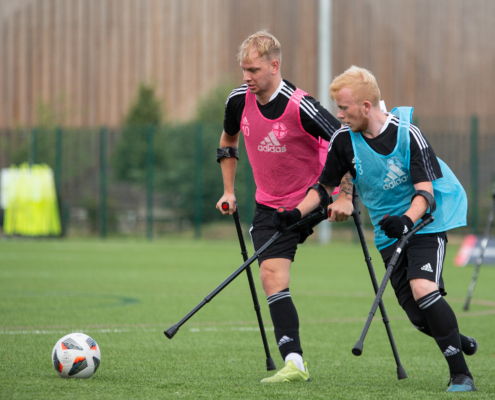