We were privileged to host the Harvest Torch – the farming community’s answer to the Olympic Torch – on Saturday as it made its last stop on its tour of Cheshire.

The torch, a specially commissioned sculpture depicting harvest’s natural bounty, represents a national Harvest Service which is held during British Food Fortnight. The national service is held annually in a different part of the country and this year it was Cheshire’s turn to hold the event.

The arrival of the torch was marked by a short service in Reaseheath Hall, attended by our Principal, Marcus Clinton, Assistant Principal Iain Clarke and members of our agricultural and marketing teams. It was held by event organiser Revd Anne Lawson, Vicar of the Cross Country Parishes of Acton, Church Minshull, Worleston and Wettenhall and Chaplain to the Cheshire Agricultural Society.

The torch was delivered on a tractor by members of the local branch of Young Farmers and continued its journey by car to Chester Cathedral, where it was the focus of Sunday’s national harvest service. There was also a farmers’ market in the cathedral cloisters, enabling the public to purchase Cheshire’s best produce while viewing the harvest torch and attending the service if they wished.

Steph Owen, Reaseheath’s Recruitment and Events Manager said: “This was a fantastic event which raised the profile of the excellent quality of locally produced food. We were delighted to be chosen as one of the four special venues to host the harvest torch during its journey through Cheshire.” 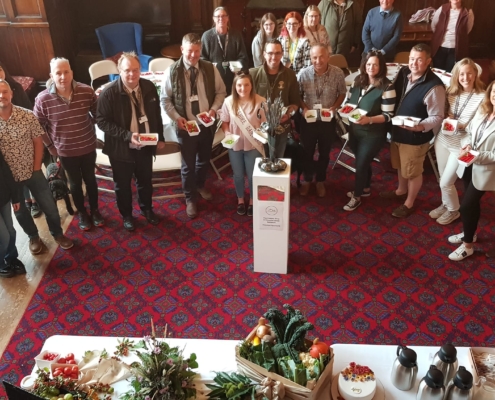 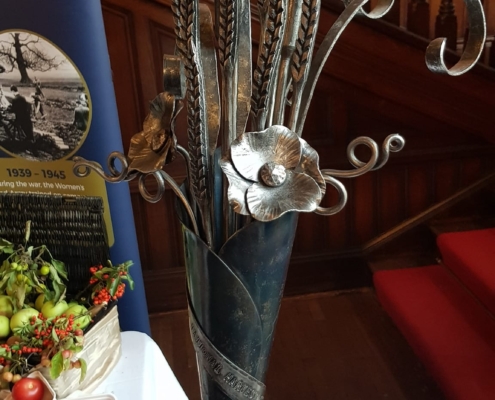