Reaseheath’s five talented football teams have ended their best season to date by winning or being highly placed in all their league tables.

Our long established partnership with Crewe Alexandra Football Education Academy offers additional coaching sessions and a tailored training programme alongside our Level 2 and Level 3 Sports courses and to first year undergraduates on our BSc (Hons) in Football Coaching. This has paid off supremely this year, with our Category 1 Men’s Team winning the EFL league (North Central 1).

Thirteen victorious players accompanied by Crewe Alex coaches Ray Walker and Jordan Edwards will have the honour of collecting their trophy on the pitch at Wembley Stadium on Saturday 21 May before watching the decisive English Football League 1 playoff final between Sunderland and Wycombe Wanderers.

Level 3 Diploma in Sport and Coaching Development student George Edwards, who recently completed a six-week trial with Crewe Alexandra after being selected by scouts, said: “It’s been a big honour to represent a League One professional club and winning the league has been one of the best experiences I could have asked for. I’ve achieved all this in my first year at college, which has been amazing.”

Another great privilege for the Category 1 team players was the chance to play a key league fixture against Burnley Football Club’s affiliated team at Crewe Alexandra’s Mornflake Stadium. This thrilling match, won by Reaseheath’s team 3-1, introduced our players to a high match atmosphere and gave non playing sports students the chance to support the team and spectate at a professional football club’s ground.

Our other four teams have enjoyed success in the ECFA league, which aims to provide the highest quality national league competition for players within further education.

Our women’s team has also made incredible progress this year and finished third in the ECFA Premier League Group B.

Said Reaseheath Football Courses Manager Dan Reece: “This has been a magnificent result. Our teams have all had a fantastic season and I have been delighted with the spirit and enthusiasm of the players and their supporting peers.”

Watch the video below of our game against Burnley at Crewe Alexandra’s Mornflake Stadium.

For further details of our football coaching degree see www.ucreaseheath.ac.uk/ucr-courses/bsc-hons-in-football-coaching 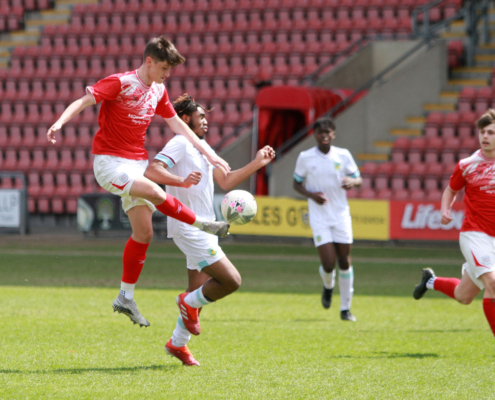 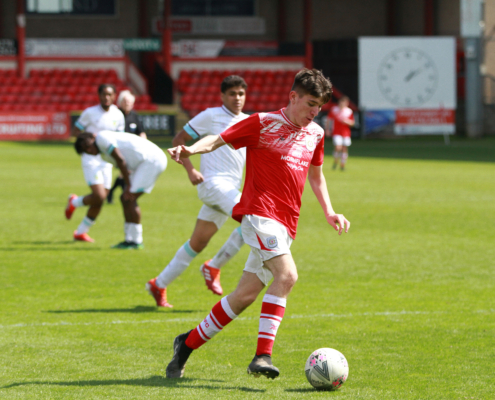 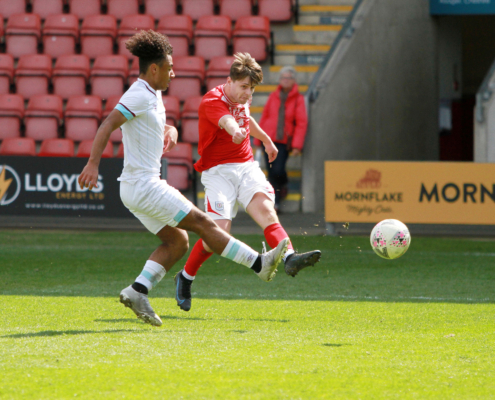 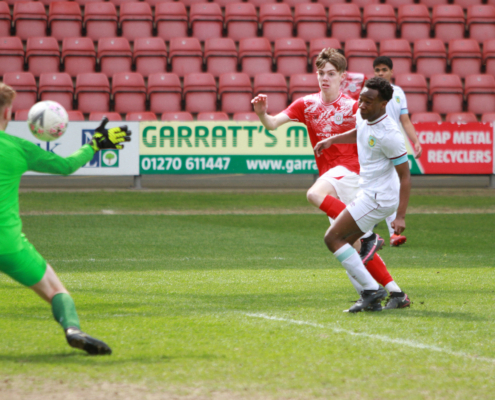 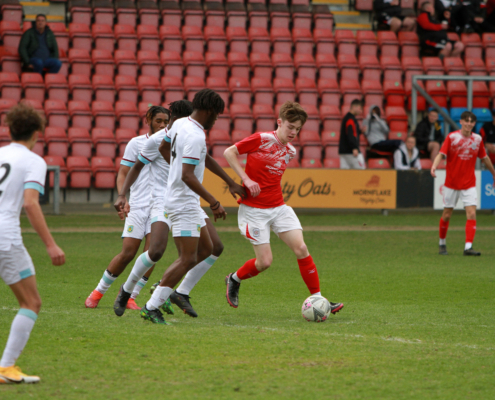 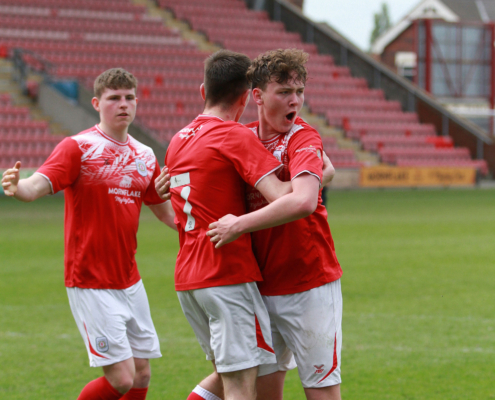 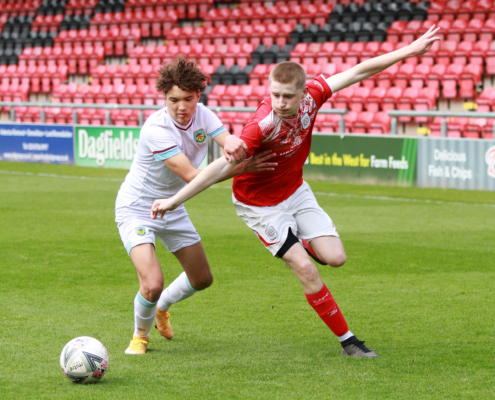