The outstanding contribution which our Processing Halls Manager Mike Bennett makes to the dairy industry, in particular in his training of our Eden apprentices, was honoured at the Society of Dairy Technology’s annual awards ceremony.

Mike received the Brian Peacock Award as testament to the many Eden dairy apprentices who have spring boarded their careers under his guidance – many rising to senior leadership roles. His passion and generosity in passing on his knowledge were praised – and the award was even sweeter because the nominations came from the students themselves.

Mike is Course Manager and Lead Lecturer for our Eden programme, a degree level apprenticeship for dairy technologists who have been selected by their companies for higher level training. This unique education initiative is supported by leading dairy brands and is now also accessible to smaller dairy businesses. We have just welcomed Cohort 13 onto their block release training at our industry standard Food Centre.

In addition to his teaching duties, Mike has been at the forefront of improvements to our pilot scale processing plant which has resulted in us becoming the only college in England to achieve AA BRC status accreditation. He is also an active member of the SDT and regularly attends and contributes to events.

He said: “Receiving this award was a great honour, particularly as it is recognition from the students you are supporting.”

Mike, who joined our teaching staff seven years ago, began his career through a graduate training programme at Northern Foods and progressed through senior roles, culminating in the management of the Trafford Park Dairy in Manchester.

He was joined at the SDT awards ceremony by Eden apprentices from Cohort 12 who were celebrating their graduation. Several apprentices also received awards:

The first female cheese maker at the Lockerbie site, Carla delivered a final year project on the microbiological stability of whey protein concentrate which is produced at Lockerbie and shipped to Denmark for spray drying. During her project she identified potential sources of contamination and remedial actions which would assure the quality of the product.

Grace was recognised for her exceptional contribution toward furthering the aims and supporting the activities of the SDT.

An Eden graduate currently studying for a BSc (Hons) in Food Manufacturing and Operations Management at our partner the University of Chester, Marcin received his award for his project on the CIP process for a whey pasteuriser at Belton Farm.

The awards attracted 180 attendees and were presented by celebrity chef Matt Tebbutt. 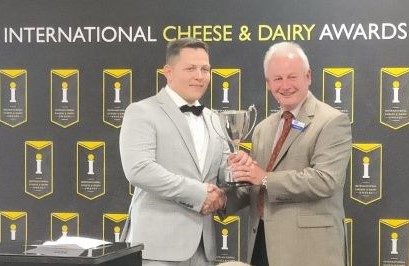 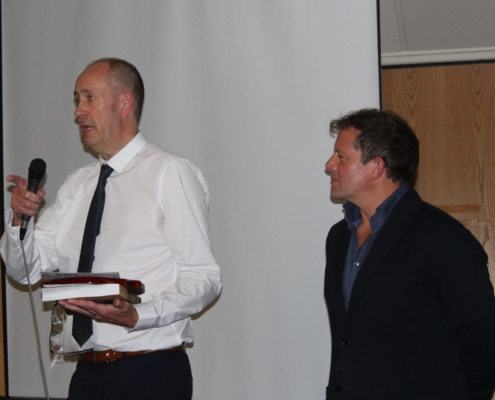 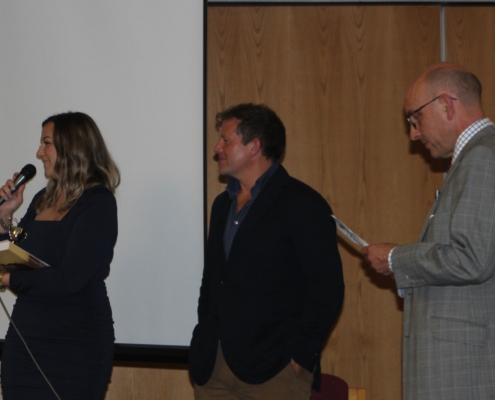