His Royal Highness the Duke of Gloucester has officially opened two sustainability projects in ceremonies marking the end of Reaseheath College’s centenary year.

The Duke, who is the cousin of the late Queen Elizabeth II, opened a Heritage Trail and Centenary Bridge and a state-of-the-art Vertical Farm at the Nantwich college and university centre.

His Royal Highness, who has a keen interest in conservation and education, toured part of the campus which has been restored by students and staff from the countryside department with the aim of increasing biodiversity.

The signed Heritage Trail can be enjoyed by students, staff, official visitors and the public and takes in historic buildings and sites of horticultural interest. The Centenary Bridge was originally installed in 1952 and has been renovated as part of the project.

His Royal Highness inspected some of the 100 trees planted on campus this year as part of the Queens Green Canopy, and concluded his visit to the Heritage Trail by planting a tree as a lasting reminder of the occasion. A keen horticulturist, he took time to chat to students and staff involved in the project.

He then officially opened Reaseheath’s Vertical Farm – the UK’s largest training and research centre for vertical farming – which was completed in 2021. This facility grows a range of crops using LED lighting and tiered systems of plants growing in temperature and light controlled environments.

The Vertical Farm has been built to showcase technical innovation within this specialised sector and is part of the institute of Sustainability and Food Innovation, a joint venture between Reaseheath and its academic partner, the University of Chester.

Supported by Cheshire and Warrington Local Enterprise Partnership (LEP) through its Local Growth Fund and built to specification by iGrowing Ltd., the facility offers undergraduates and businesses the opportunity for applied research and technical training and is also being used to teach local school children about sustainable food production and healthy eating.

After his tour, His Royal Highness joined staff and students for a buffet lunch of meat, vegetables, cheeses, breads and desserts which were all produced by Reaseheath College.

Assistant Principal Iain Clarke, the Director of iGrowing Ltd. Nick Denham and Cheshire and Warrington LEP representative Chris Hindley OBE were presented to His Royal Highness at the Vertical Farm. Programme Leader for the Academy of Land and Environment Heather Hulse welcomed the Duke to the Heritage Trail and Advanced Practitioner in Horticulture Dave Black and Grounds Maintenance Co-ordinator Gar Badjie supported the tree planting. 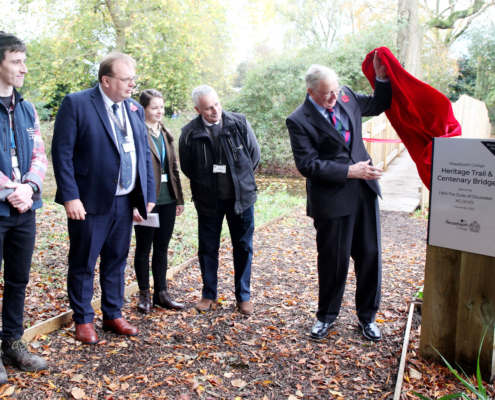 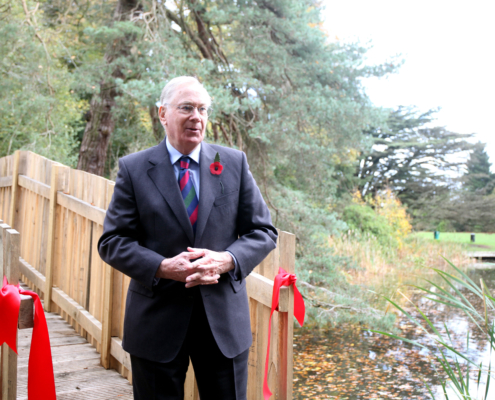 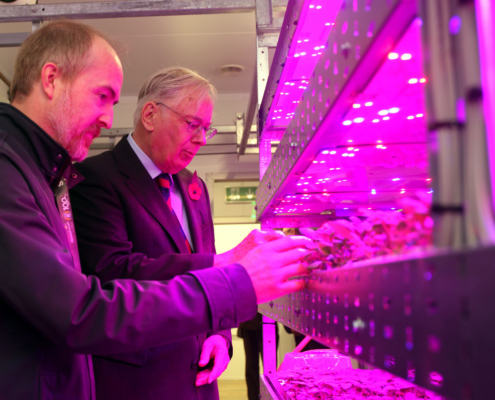 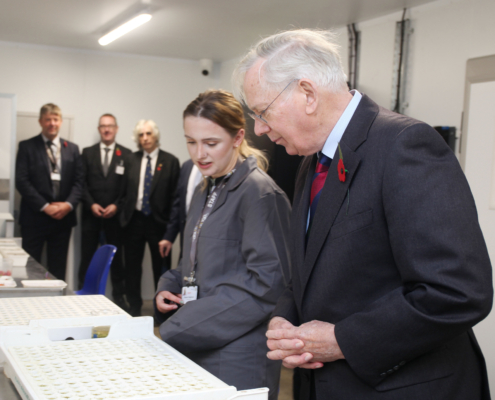 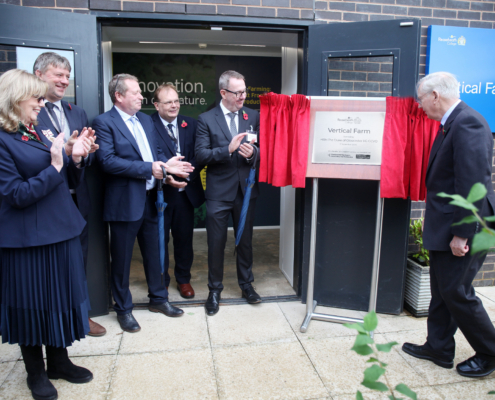 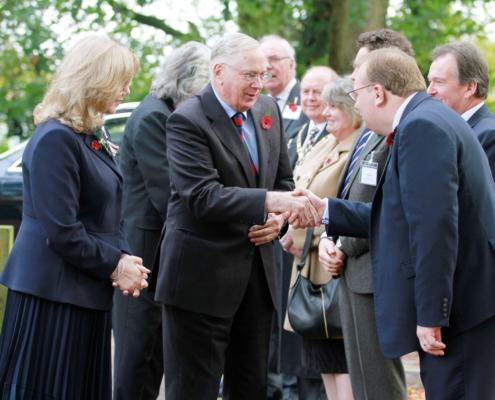