Reaseheath College’s Connah Baker has been recognised as the top gamekeeping student in the country.

Connah, 18, was presented with the coveted Frank Jenkins Memorial Trophy at the Midland Game Fair at Weston Park, Shropshire, on Sunday (16.09.18) The award is presented annually by the National Gamekeepers Organisation and recognises the student who shows outstanding practical and theoretical skills and has the ability to be an ambassador for the sport.

Connah was also top student on this year’s Level 3 Extended Diploma in Land and Wildlife Management course at the Nantwich, Cheshire, landbased college. He has now completed his qualification, along with extra industry awards, and is currently building on his experience in upland management with the aim of eventually becoming head keeper on a grouse moor.

Connah received his trophy from Chairman of the National Gamekeepers’ Organisation, Liam Bell, in the game fair’s main arena and was also presented with a jacket and trousers from outdoor clothing company Musto.

The late Frank Jenkins was a well-known gamekeeper whose career spanned six decades and Connah also received a commemorative gift from Frank Jenkins’ daughter and son and a tankard from the NGO National Committee.

Liam Bell said: “Connah is a very worthy winner of this year’s Frank Jenkins Memorial Trophy and I congratulate him on his success. The level of entries was extremely high and the judges had a difficult decision, but Connah’s qualifications, commitment and practical skills set him above the other candidates. It is clear that he has a special talent and great aptitude which will take him far in our profession.  He is a credit to the gamekeeping staff at Reaseheath College, who have obviously prepared him well for entry into the gamekeeping and shooting world.”

Connah, who does not have a keepering background, said:  “Winning the Frank Jenkins Memorial trophy has been an amazing experience and I’d very much like to thank the NGO and Musto for supporting it. I’ve been coming to the game fair since I was ten and always watched the awards being handed over. I never dreamed that one day it would be me in the arena!!

“I’d also like to thank my Reaseheath Course Manager Ged Hunston for guiding me and putting me forward for the award, and Will Lomas (Ottershead Shoot, Lancashire), Carl Creed (Bostock Estate Sporting, Cheshire) and Jim Sutton (Snailsden Estate, Derbyshire) who have encouraged me through my work experience.

“I’ve gained a great foundation for my career at Reaseheath and gaining this award will stand me in good stead during my hunt for employment.”

Ged Hunston, said:  “Connah has everything that our industry is looking for. He is mature, honest, trustworthy, passionate and has self-ambition. When he first came to Reaseheath he didn’t always see the need for good grades in subjects like maths and English, but once he understood how important these would be for his future career he applied himself and has achieved high course marks throughout.

“He is always willing to go above and beyond the timetabled activities at college, helps his Mum with charity work, relates easily with both adults and young people and will be a fantastic ambassador for the industry .”

“Winning this award against students from all other land based colleges is a great coup for him. He shows great promise and will make a great head keeper in ten years time.” 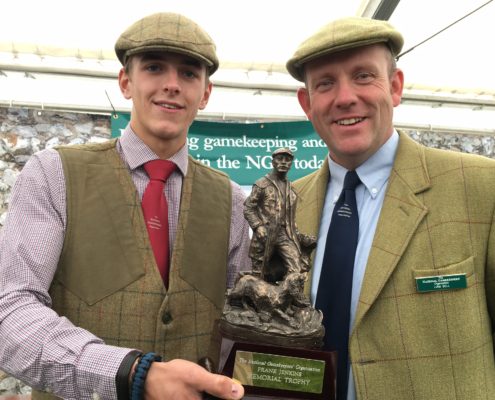 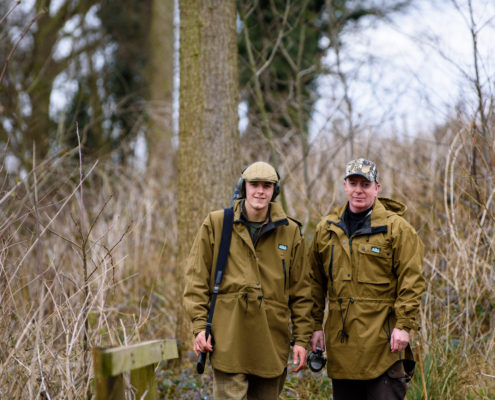