Pupils from Wrenbury Primary School have continued to learn first hand about sustainable food production and healthy eating by making a nutritious meal as part of a ‘Field to Fork’ initiative being run by Reaseheath College in Nantwich.

The session, in Reaseheath’s industry standard Food Centre, was the second visit enjoyed by the Year 5 and 6 pupils and involved preparing a meal using easily available ingredients including salad leaves they had previously sown at college and grown at home.

They were taught in groups by the college’s Level 3 Diploma in Food Technology and Management students led by Simon Radley, former executive chef and director of catering at The Chester Grosvenor.

Simon, who stepped back in October after over 30 years at the five-star city centre hotel, is known for his commitment to the training of young chefs and ran a kitchen academy as well as overseeing the Michelin starred restaurant. He designed a recipe for spiced pumpkin flat bread, sweet pea hummus and oakleaf salad and trained Reaseheath’s food technology students in its preparation so they in turn could teach the pupils.

He has selected a further three recipes for future visits by the school which will again use vegetables grown from seed sown by the pupils during sessions led by horticulture students in the college’s glasshouses.

Simon said: “I have very much enjoyed working with Reaseheath’s food technology students and the pupils of Wrenbury Primary School, and I’m particularly pleased to support the ‘Food to Fork’ initiative. It is very important that young people appreciate the nutritional and environmental benefits of sustainably and locally produced food, and also that they experience the quality and taste of home grown vegetables.”

Reaseheath’s unique ‘Field to Fork’ project aims to introduce primary school children to the entire food chain by showing them the new technology which is revolutionising the food and farming industries.

Assistant Principal (Land based and Sustainability), Iain Clarke explained: “We want to bring classroom science to life and also to show young people what a healthy and nutritious plate of food should look like. We have been delighted at the support shown by Simon Radley and feel very privileged that such a well respected chef has become involved in this exciting project.

“This is the start of an exciting project and there is a passion and vision within Reaseheath’s ‘Field to Fork’ team to expand it to more schools in the Nantwich area.” 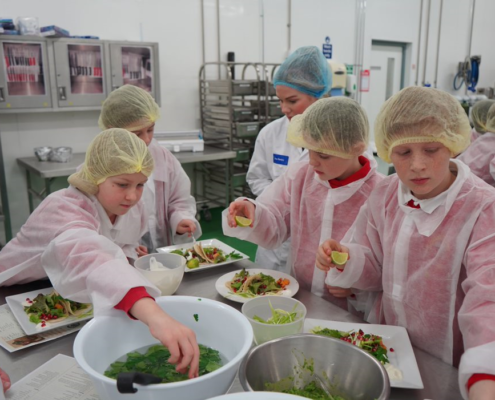 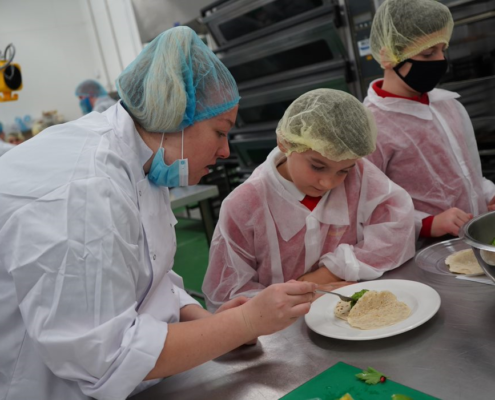 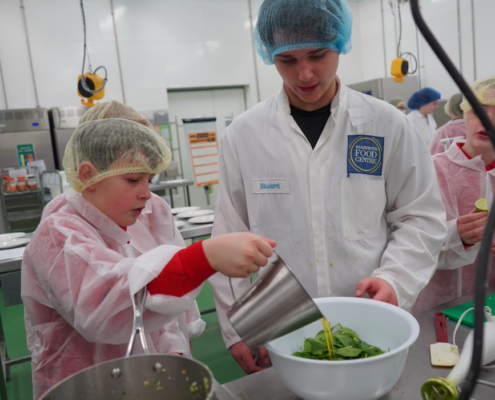 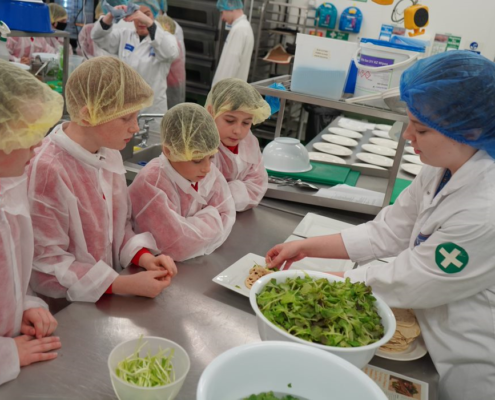 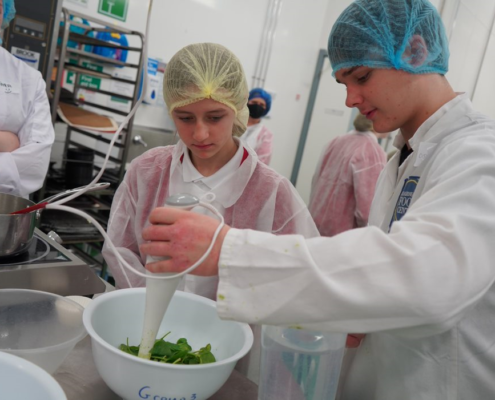 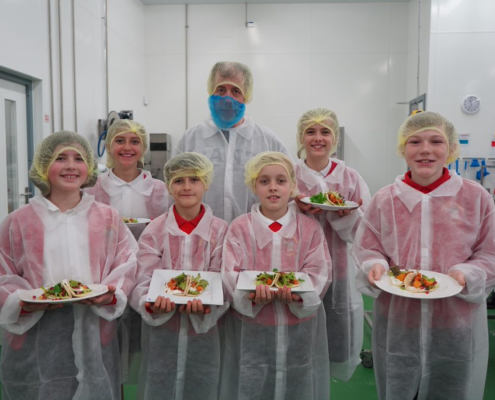