Pupils from Wrenbury Primary School learned more about sustainable food production and healthy eating by making their second nutritious meal as part of a ‘Field to Fork’ initiative run by Reaseheath.

The 27 Year 5 and 6 pupils used our Food Centre to prepare a dish of fusilli pasta with tomatoes, basil and pea shoots and also learned how to make soda bread. They were supervised by Level 3 Diploma in Food Technology and Management students who had previously been taken through the recipe by Simon Radley, former executive chef and director of catering at The Chester Grosvenor.

Simon, who completed over 30 years at the five-star hotel, designed the dish specially for us and has created further recipes for future visits by the school.

After preparing their meal, the pupils enjoyed a further ‘hands-on’ session in our glasshouses planting vegetable seeds which they will grow on at home and use for their next recipe. Some of the seeds were also left to germinate in our vertical farm and in the glasshouses so the pupils can compare growth under the three systems.

The group was welcomed by Dr Peter Gould, our new Crop Innovation Manager, and assisted by Level 3 Diploma in Horticulture students.

The field to fork project has become a firm favourite with the pupils and this was their third visit to campus.

Said Eleanor, aged 11: “Mum’s a cook and she really likes the meals we bring home from Reaseheath. The recipes are really good because they’re easy to make and everyone in the family likes them including my sister, who’s a vegan. I also enjoy planting the seeds and watching them grow.”

Phoebe, 10, added: “I like making the different recipes and I cook them again at home.  It’s also cool to learn where the food comes from.” 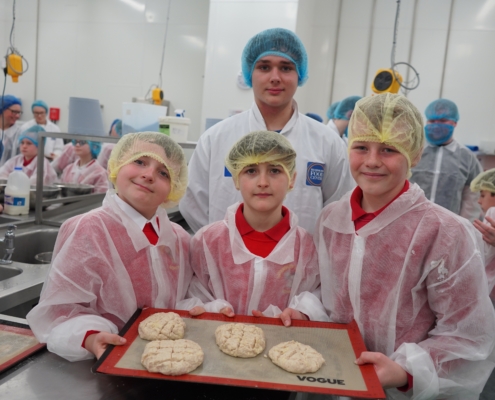 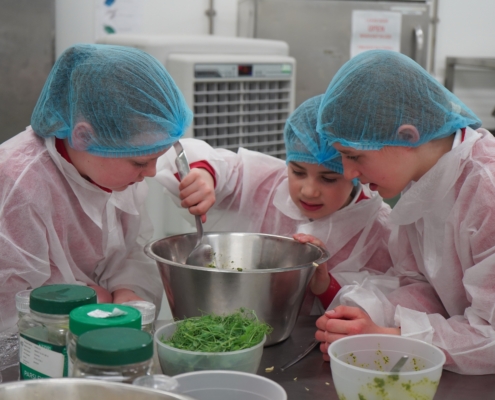 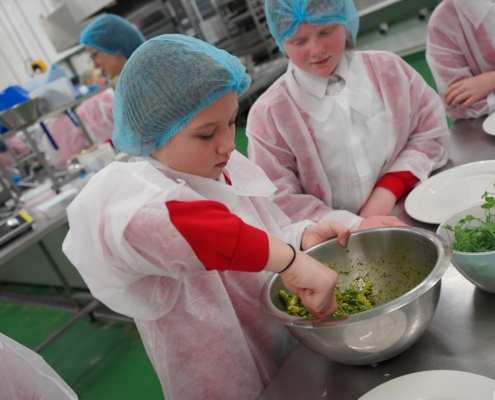 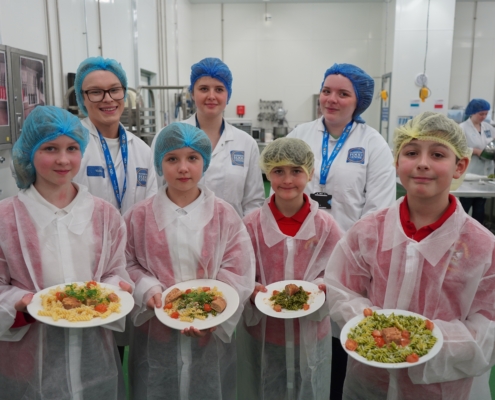 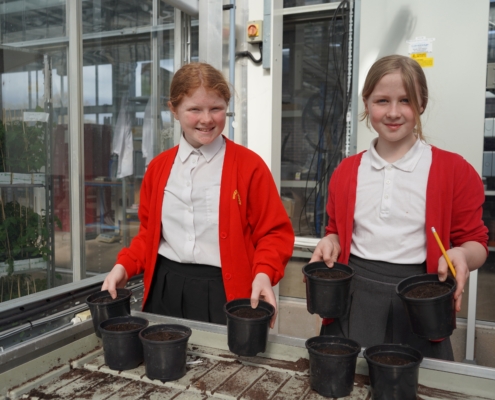 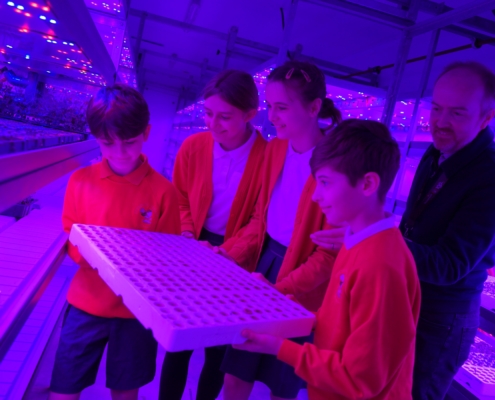