Reaseheath College revisits its links with World War II to mark the 75th anniversary of VE Day (Friday May 8 2020).

Photos from Reaseheath’s archives recall the outbreak of war in 1939 when the college, then named the Cheshire School of Agriculture, closed its doors to students and became a training centre for the Women’s Land Army and the base for the War Agricultural Committee.

Raw recruits for the Women’s Land Army received four weeks of training in the skills needed to produce essential food supplies for Britain. They learned the techniques of market gardening, how to care for and milk cows, both by hand and machine, and how to grow and harvest field crops and animal fodder. These town dwellers were then found jobs on farms throughout Cheshire and beyond, joining country girls who were usually placed immediately.

The area of land used for crop growing in Britain increased by 50% during the war. The work done by women such as those trained at Reaseheath proved that they were capable of performing tasks that had traditionally been men’s work. This contributed towards improving women’s position in society.

Despite the long hours and hard work the Nantwich recruits retained their sense of humour and often remained friends for life.

Quality and Standards Coach Emily Jewell asked students and staff, who are continuing to study and work from home during the coronavirus lockdown, to add to Reaseheath’s VE story by submitting stories about family members who were involved in the war effort. 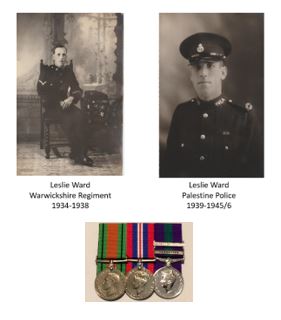 Leslie Ward served in the British Army and the Palestine Police

She says: “It’s important that we preserve these parts of history for the next generation before they become forgotten.

“My own Grandad, Leslie Ward, served in the British Army and then the Palestine Police. He was still on operational duty at the time of VE Day so sadly missed out on all the celebrations at home!”

Higher Education Advanced Practitioner Kate Douglas Dala recalls: ”My Great Uncle Tony was part of the D-Day landings and was on the front line during the war. We have his tin hat which has a bullet hole at the front and back. By some miracle he survived but said he was sporting an interesting hairstyle afterwards! He died in 2011 at the grand old age of 96 and was a wonderful piece of living history.

“My Grandad Reg was supposed to have been posted to Burma but the ship he was due to go on had an engine fault and they were delayed. By divine intervention he was reposted to Kenya but none of his friends returned from Burma.

“He was posted with a cartoon illustrator from The Telegraph who put together the most amazing journal of their time in Africa which my mum has kept, along with photos of wildlife and a legendary Kenyan tribe leader who they fought alongside. My grandad wrote that he was the most courageous man he had ever met!

“These memories are so important as we have an ever diminishing group of people who experienced the war first hand.” 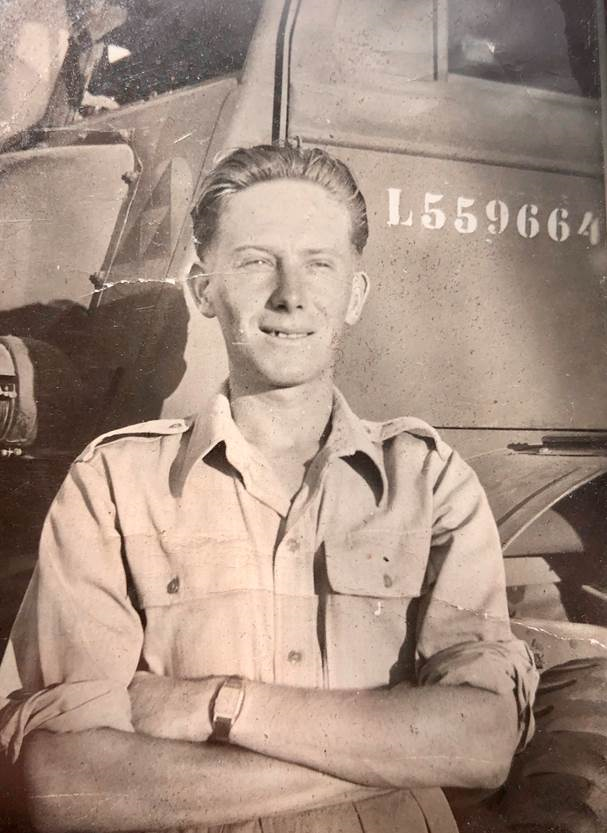 Tom Fearis served with REME in Iraq near Basra

Senior librarian Jackie King remembers: “My Dad, Tom Fearis, was serving with REME in Iraq near Basra maintaining the oil supply. He said they didn’t get to celebrate VE Day, they carried on as usual. There was an announcement that the surrender had been signed and they were given a bottle of beer in the mess that evening!”

Angela Kenworthy, Student Liasion Officer, reminisces: “My dad was serving as a Captain with the Royal Horse Artillery and the Indian Army combined, in India and Burma, having been out in India for some years before the war.

“Along with Ghurkhas, whom he adored and had the highest respect for, he was heavily involved in the Burma Campaign and formed part of the relieving forces at the siege of Kohima in June 1944.  He was ordered to find some transport for the arms to help with breaking the siege.  He eventually seconded a team of mules which he led through the jungle all the way to Kohima and was heavily involved with the battle there.

“He was sent home a year later suffering from dysentery and malaria and found himself on a ship carrying mainly Canadian troops. For some reason he ended up wearing Canadian uniform and, because he could pick up accents easily, when he did eventually arrive in the UK people thought he was Canadian!

“He arrived in Glasgow port by ship on VE Day and, somehow, managed to make his way by train to London where his mother, my grandmother, was living.

“He had to report to a hospital there as he was still unwell and after discharge he was sent to Apley House convalescence hospital, near Bridgnorth in Shropshire where my mother was working as a nurse.  He was just five and a half stone when he arrived and, at 6ft 4in tall, was described as emaciated.

“However, such was the sense of humour possessed of both my parents, he never lost his charm and my mum was taken straight away with his dry humour. His first words to her were, apparently, ‘where do I put my dirty washing?’!

“He made a full recovery (although as a child I remember he had a couple of malaria relapses) and returned to duty. Before my parents married he was involved in the harrowing ‘clean up’ operation at Bergen Belsen concentration camp in late 1945.  Although the camp was long since emptied of prisoners, he was involved in clearing the area of mines.”

Nichola Mulcahy, Assistant Residential Officer, remembers: “My grandad was Lawrence William Mcall, born 4th July 1921. He was in the RAF and when WW2 started he was sent to a base in Newcastle upon Tyne where he met my Nan Margaret Morgan, who was in the Land Army.

“Lawrence was based in Egypt for most of the war and lived off boiled eggs and bananas. When he returned he married my Nan on the 30th January 1946.  Sadly he passed away not long before his 90th birthday. They were happily married for over 50 years.”

Reaseheath College will celebrate its 100th year as a training centre from this September with a 12 month celebration of activities and community events. 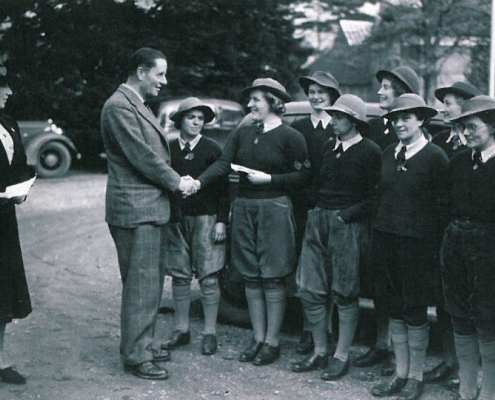 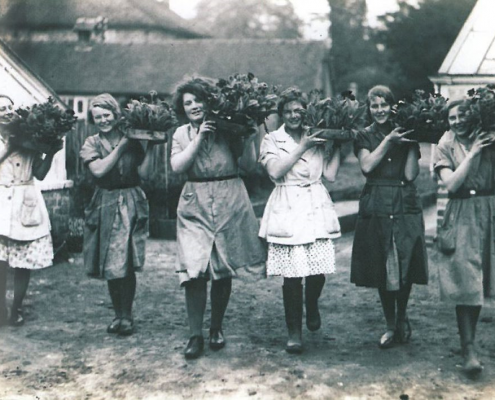 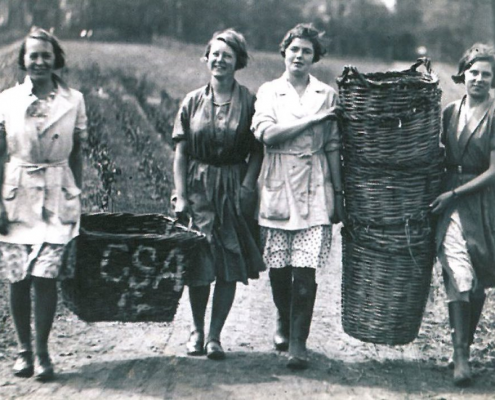 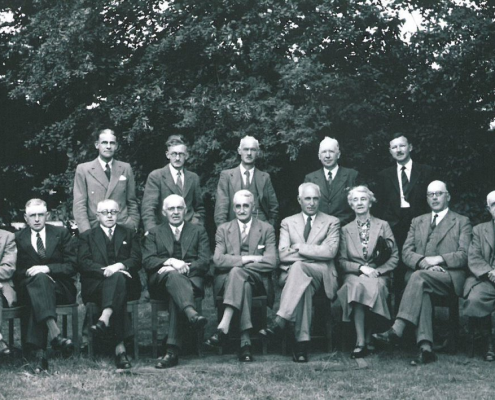