Reaseheath College, Nantwich, students turned out in force to honour members of the armed forces who have served in the line of duty.

Hundreds of students and staff from all departments gathered beneath the Nantwich college’s flag pole on Monday for the annual Remembrance Day tribute which included two minutes of silence and reflection.

As well as remembering the soldiers and civilians who have and continue to lose their lives in conflict, the students paid homage to the millions of animals put into service during the World War 1 and who endured horrific conditions transporting ammunition, ambulances, food rations and messages.

A Message of Remembrance was read by Principal Marcus Clinton followed by The Last Post played by trumpeter Adrian Ogle from the Cheshire Drums and Bugles. The poem ‘For the Fallen’ was read by Vice Principal Dave Kynaston and the closing prayer was given by College Chaplain MC Chang.

A metal wreath fabricated by motor vehicle students to include poppies and soldier silhouettes was laid at the flagpole, countryside students designed crosses decorated with painted stones and poignant displays across college included historic photos and researched articles. 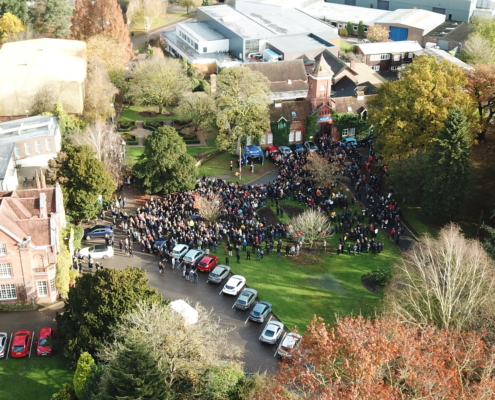 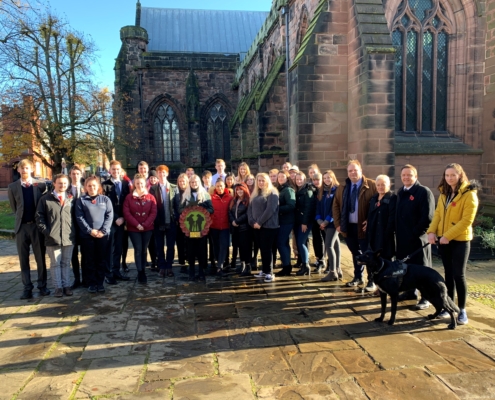 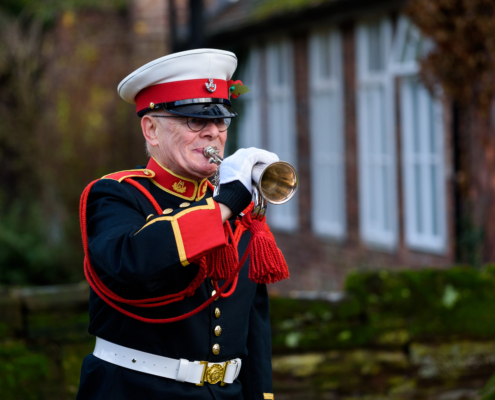