The contribution that Reaseheath College apprentices make to regional businesses has been recognised at an awards ceremony.

The event highlighted the achievement of 150 apprentices who had gained their qualifications at the specialist and technical college in Nantwich in the past year. Apprentices, families and employers gathered to celebrate the benefits that skilled apprentices bring to businesses and to the national economy by increasing productivity and providing workforce succession.

Reaseheath College is one of the country’s leading apprentice trainers and also provides a valuable recruitment service for employers. Together with Dart Training in Derbyshire, which is also part of the Reaseheath Group, the college currently trains over 1000 apprentices in land based industries and is working in partnership with hundreds of large, medium and small employers. An impressive 97% of apprentices who achieve their qualification continue into permanent roles and many progress into management.

The apprentices, who are in paid employment, are trained either in the workplace or in college in an arrangement to suit the employer. The majority of apprentices are aged between 16 and 24. Training programmes can start at any time of the year.

Top honours at the awards ceremony went to Intermediate Apprentice of the Year Adam Trigg, a shepherd at Wheatsheaf Farm, Congleton.  Adam, who also took the Best Agriculture Apprentice award, studied for a full time Level 3 Diploma in Agriculture at Reaseheath before transferring onto his apprenticeship. He completed his work experience at Wheatsheaf Farm, where his commitment and passion for the animals in his care have been recognised by farmer Andrew Fithon.

Adam, 18, who now takes on a high level of responsibility for the farm management, said: “This has been an amazing achievement for me and I am very proud. I think an apprenticeship gives you the freedom to learn the best way of doing things as you are hands-on every day.”

The Advanced Apprentice of the Year award went to Ben Graham, a joiner with Elliott Build and Glaze, Wirral. Ben, 22, has trained with Reaseheath’s construction. Department for five years, progressing through Diploma Levels 1,2 and 3 in Joinery followed by Level 2 and Level 3 apprenticeships.

Ben, who was recognised for his progression through the trade levels and for his professional attitude, said: “Becoming a construction apprentice is a really good way to get a job. It’s also very interesting because you work on so many different projects.”

Large Employer of the Year AP Webb Plant Hire, Stafford. The company, which specialises in plant hire and road-rail engineering, has 12 apprentices on a construction plant maintenance programme and has also worked closely with Reaseheath on a recruitment drive.

Other principle winners were:

Best Butchery apprentice Lucy Rowlinson, 19, who works for Grants Butchers, in Minshull Vernon. Lucy was the first female butcher to achieve the highest grade (Pass with Excellence) in the new FDQ Diploma in Professional Butchery Level 2.

She has worked alongside shop owner John Major for two and a half years and has followed in the footsteps of her great-grandfather, who was a professional butcher. As well achieving excellence academically, Lucy was singled out for her passion for the industry and her dedication to developing skills in butchery and customer service.

Best Animal Care Apprentice Aemillia Nicholson, 18, who works for Quintessential Quarters, Staffordshire, which is listed in the top six best kennel or cattery businesses in the UK. Her employer, Jacqueline Smith, said: “Aemillia is really professional and an integral part of the team. I couldn’t manage without her.”

Best Equine Apprentice Kelsie Heafey, 19, a groom at Oakhanger Equestrian,Crewe. As well as achieving her apprenticeship, Kelsie has taken advantage of in-house training at Oakhanger to gain her BHS Stage 1 and is part-way through completing BHS Stage 2.

Her employer, Natalie Ecclestone BHSI, had no hesitation in offering her an apprenticeship due to her attention to detail, outstanding customer service, passion and determination.

Best Plant Maintenance Apprentice Alex Harley, 21, a plant technician for Wrightway Plant Glazing and Repairs, Ellesmere Port. He was nominated by employer David Wright for his positive attitude to learning and his aim to progress.

Best Engineering Apprentice Liam Abbotts,19, who works for Bombardier Transportation, Crewe, and was singled out for gaining a wide skills set and for taking on additional project work. Bombardier currently has 18 apprentices in training on a Reaseheath programme.

Jason Cheetham, Bombardier Training and Competence Assessor, said: “Liam is a very valuable team member who has always been keen to go the further mile in his training.”

Best Motor Vehicle Apprentice Jack Elliot, 20, a motor vehicle technician for Tunnel Motors, Northwich, which is part owned by his family. A Level 3 (Advanced) apprentice, he was nominated for his perseverance and positive attitude.

Best Bricklaying Apprentice Guy Wilkinson, 20, who works for Faber Construction, Stafford , was selected for the high level of his skills and for his ability to step up to supervisory level when required. Guy completed a Level 2 Diploma in Brickwork at Reaseheath and then transferred onto an apprenticeship with Faber. He has completed Level 2 and Level 3 apprenticeships and has earned his place as a highly skilled craftsman in an award winning brickwork team.

Best Horticulture Apprentice Richard Peate, 28, assistant greenkeeper at Oswestry Golf Club, who mentors less experienced apprentices and is singled out for his  professionalism and attention to detail.

Sam Page, 20, who has just finished his apprenticeship with the gardening team at Cholmondeley Estates and is now a self employed gardener. 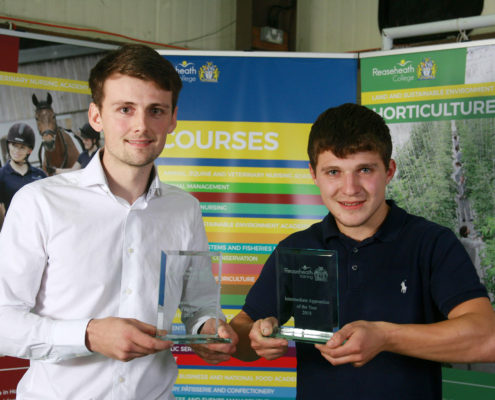 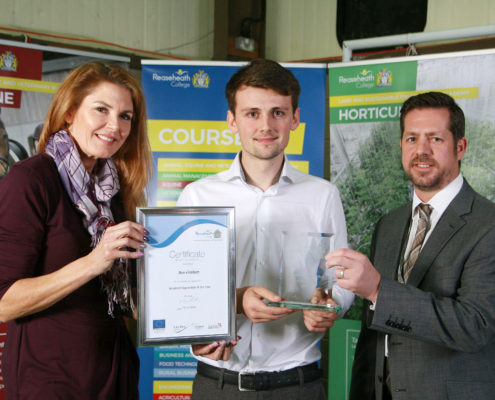 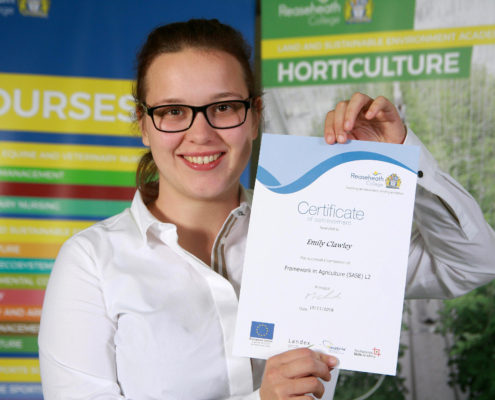 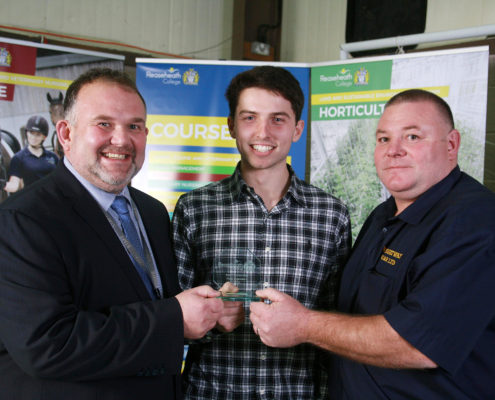 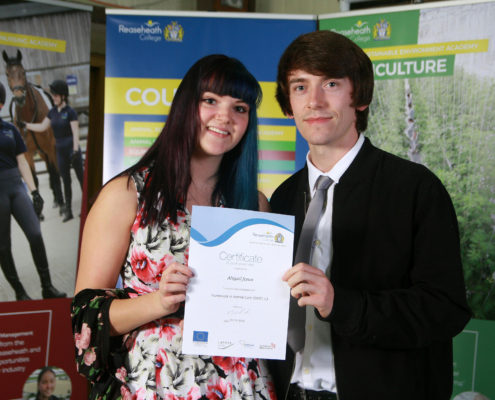 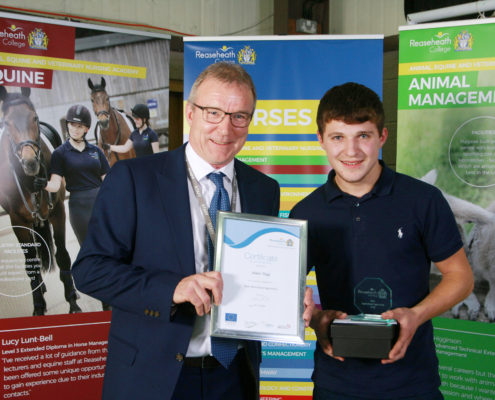 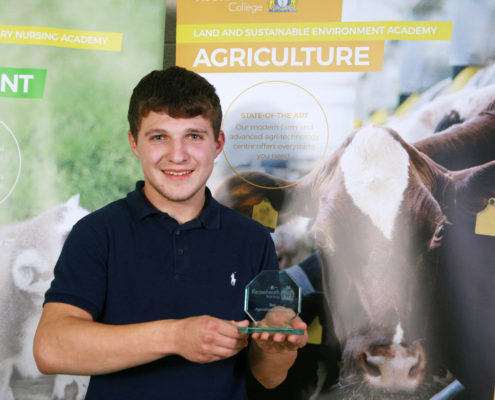 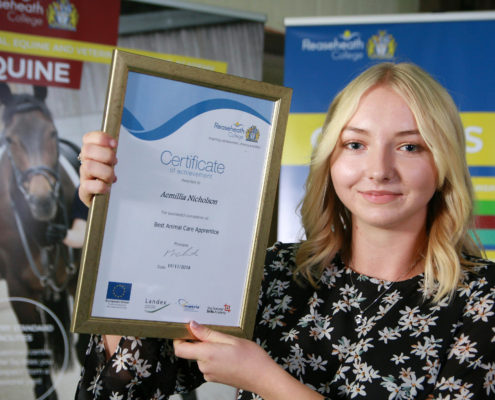 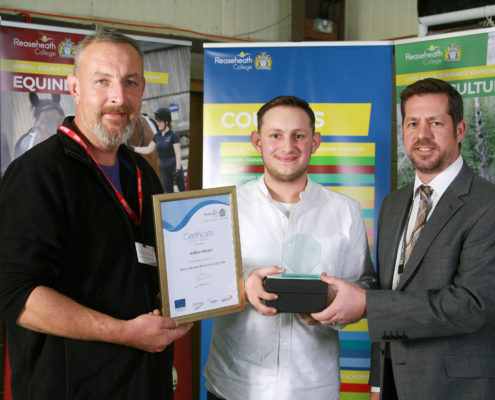 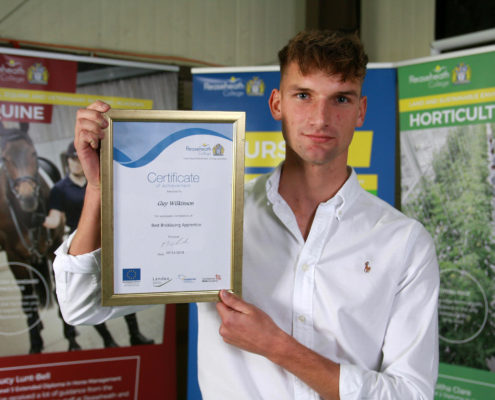 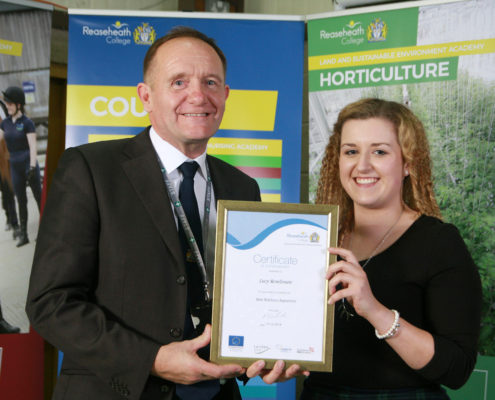 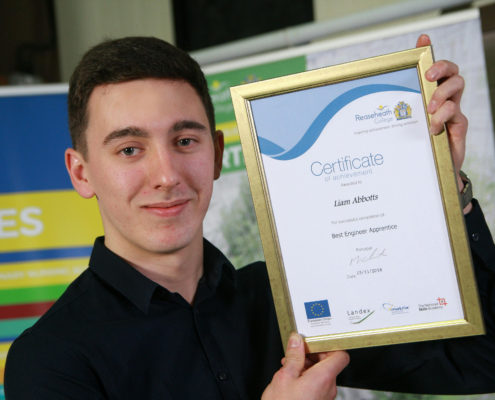 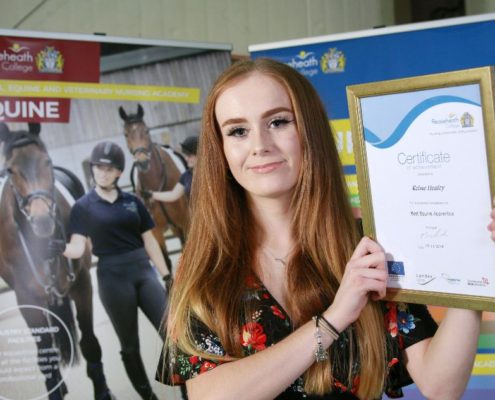 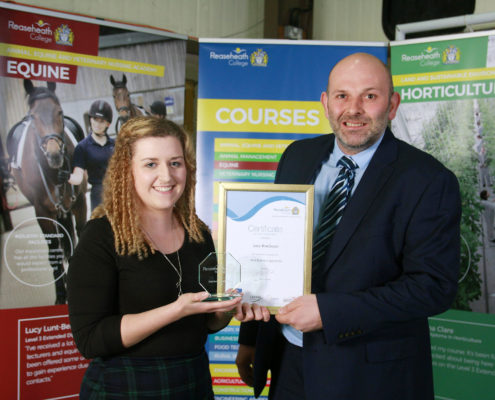 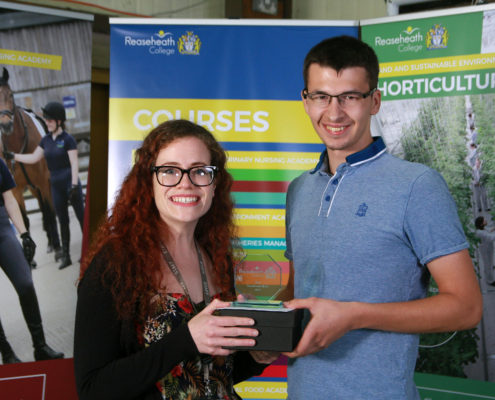 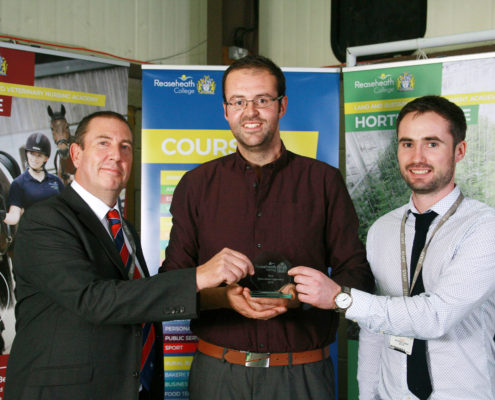 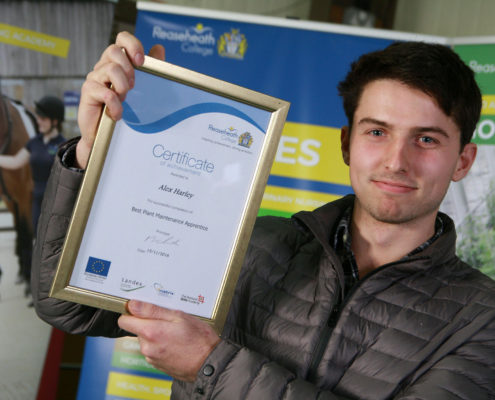 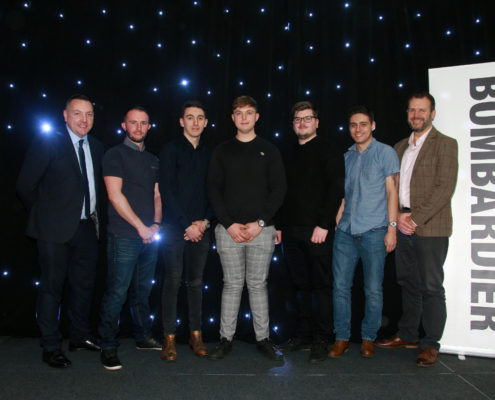 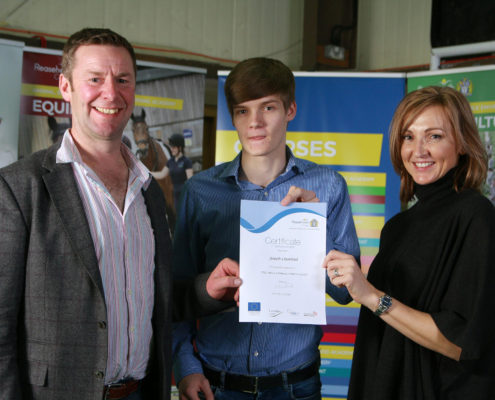 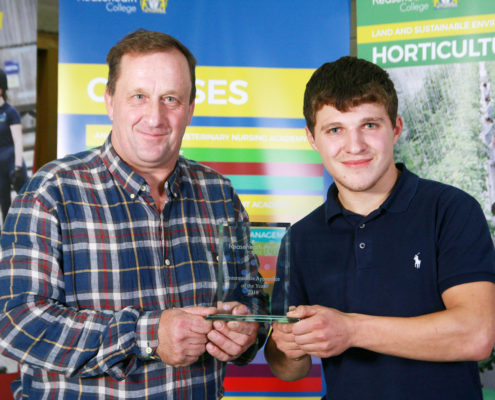 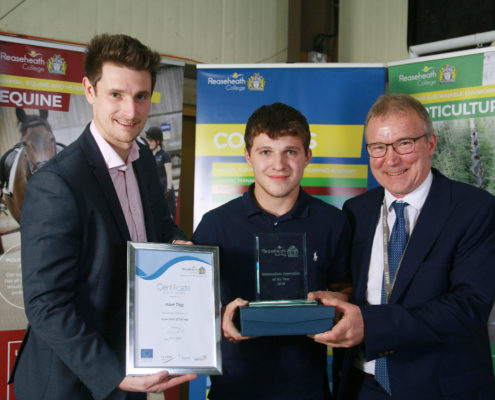 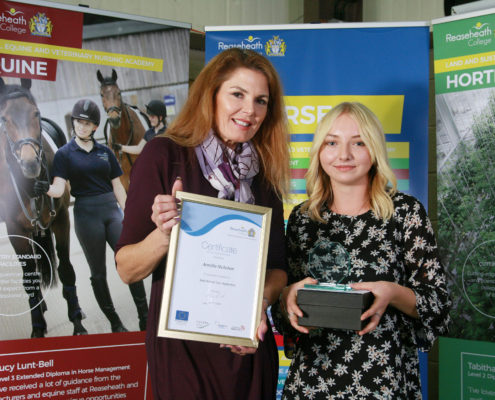 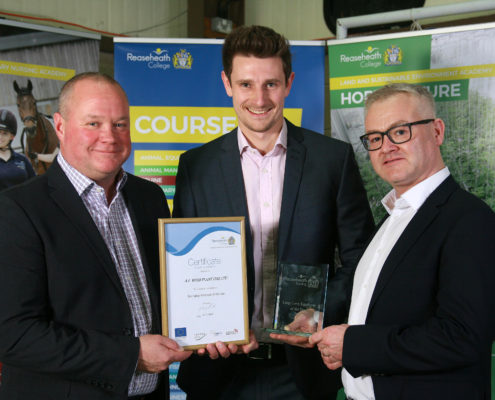 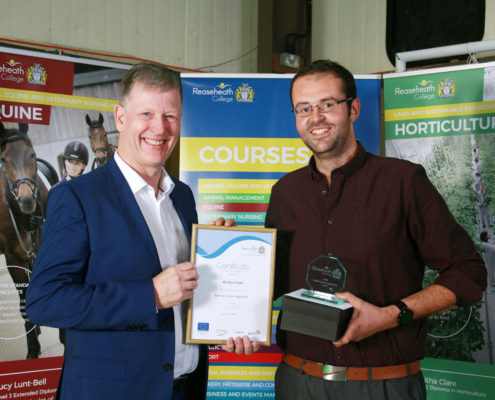 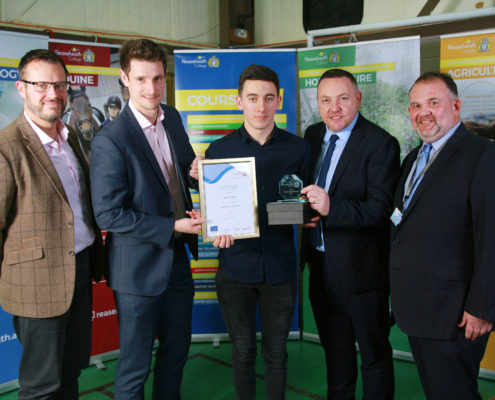 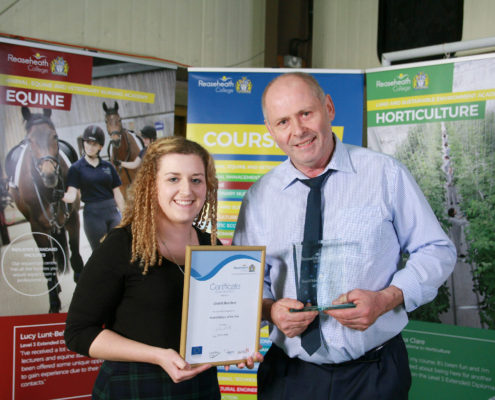 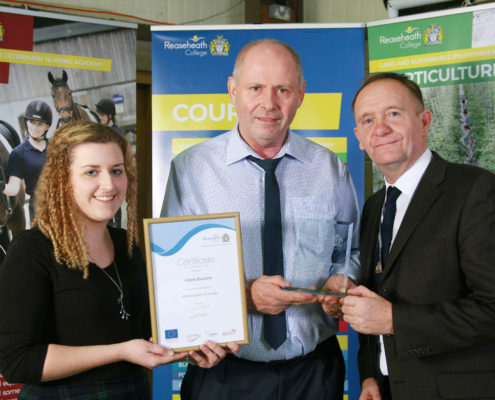 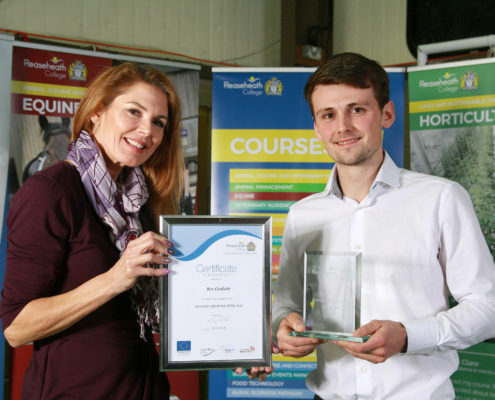 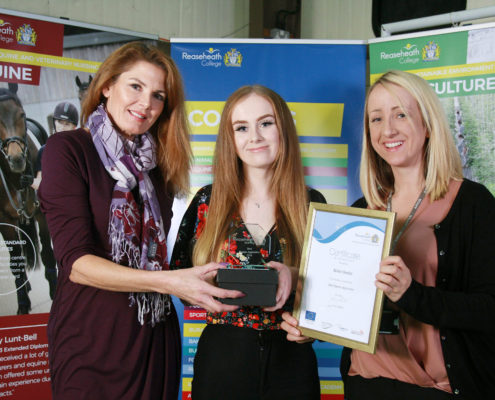 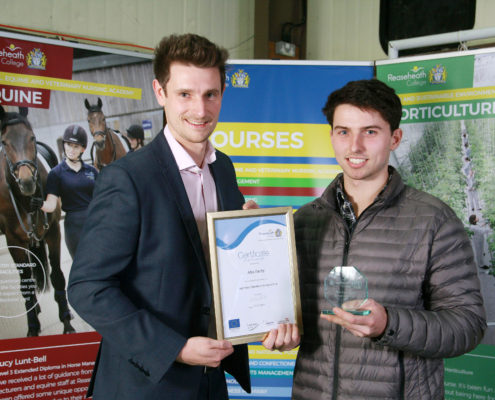