The company was launched less than two years ago by former Reaseheath horticulture student Matt Wood and has Reaseheath trained designer Sally Parkinson as one of its directors. The web-based business rears and supplies dwarf varieties of familiar plants which are suitable for restricted spaces and has been inspired by the rising popularity of container and ‘fairy’ gardens.

The Tatton exhibit, in the Blooming Borders category, was designed by Sally with  plants from The Tiny Plant Company. It demonstrated how even the lowliest of window boxes can be transformed into an interesting and attractive feature and  drew crowds of admiring show visitors.

While ideal for small herbaceous borders, patios or parking spaces, the planting ideas could also be combined into a larger scheme for gardeners who are less challenged for space.

Matt’s interest in small plants stems from his hobby of growing bonsai. He has shown with the Gold medal winning Cheshire Bonsai Society (of which he is membership secretary) at RHS Flower Show Tatton Park for the past seven years. 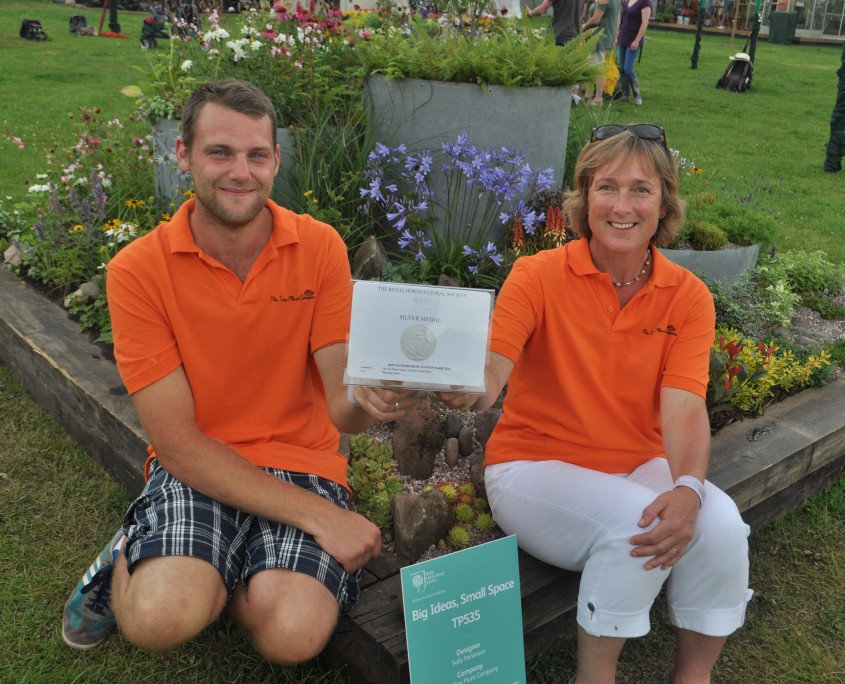 He and his wife Susi, who also works in The Tiny Plant Company, have their sights set on RHS Chatsworth Flower Show in 2017 and will then look beyond to RHS Chelsea Flower Show.

He completed his Level 3 Diploma in Plant Production at Reaseheath in 2005 and was runner up in the Chartered Institute of Horticulture’s ‘Young Horticulturalist of the Year’ regional final, held on campus earlier this year.

Sally completed her Professional Diploma in Garden Design at Reaseheath in 2007 before setting up her Mouldsworth-based garden design business, ‘Gardens and Spaces’. She is gaining a growing reputation throughout Cheshire for her designs, and has been a regular exhibitor at RHS Flower Show Tatton Park.

She said: “The business is doing really well considering the short time it has been operating. It’s particularly impressive that the plants which Matt has grown are already of the quality required for one of Britain’s top horticultural shows.”