Reaseheath trained butchery apprentice Jason Edwards has proved he is the nation’s best by winning a gold medal at the WorldSkills UK Butchery national finals.

Jason, 27, completed his FDQ Diploma in Professional Butchery Level 2 with us last year and manages Littlers Butchers, a high street shop in Hartford. This is his second medal at national level and follows the bronze award which he won at the WorldSkillsUK finals in 2019.

He has now moved up to international level and will represent Team GB in the apprentice category at the World Butchers Challenge in California, USA, next September.

Jason said: “I really enjoyed this year’s WorldSkills UK butchery finals. Winning the gold medal was unexpected but amazing, particularly as the standard was so high. Both the 2019 and 2021 competitions have been valuable learning experiences and have given me skills and creative ideas to take forward to the World Butchers’ Challenge.

“Butchery is a great career for young people, particularly if you like being active and creating things with your hands. There are also a lot of opportunities for progression. I’d like to thanks my bosses at Littlers Butchers and my Reaseheath trainers for all their support, particularly on the more technical aspects of butchery.”

WorldSkills UK is the nation’s largest celebration of vocational skills training and showcases the technical expertise and professionalism required by apprentices.  The ‘Olympic style’ competition features more than 60 skills and contestants must demonstrate the UK and international standards required by their particular industry.

The finals are normally held at the NEC, Birmingham, but this year were awarded to specialist regional centres due to the challenges posed by Covid-19. Reaseheath’s industry standard butchery facilities were selected as the venue for the butchery finals and the competition was facilitated by WorldSkills UK organising partner Cambrian Training.

The seven finalists included a second Reaseheath Level 2 butchery apprentice, Richard Silverman from The Lambing Shed Farm Shop, Knutsford. The contestants completed two days of intense competition during which they were marked for innovation, creativity, precision, presentation, work ethic and a structured method of approach along with safe and hygienic working practice.

The competition was supported throughout by Reaseheath’s Master Butcher Gary Evans, Commercial Development Co-ordinator Julie Bent, Food Technologist Penny Masters and the team of food technicians and engineers who are based at Reaseheath’s Food Centre.

We also provided a popular live streaming service which was accessed by a nationwide audience.

Gary said: “I was very proud and delighted that Jason’s talents have been recognised for the second time by WorldSkillsUK.  His attitude is very mature and his innovation, craft skills and time management are excellent. I’m excited to see how he progresses at international level and think he has a great future ahead of him.”

Richard Silverman is a former personal trainer who requalified as a butcher after relocating from London to Manchester. He has recently been appointed to departmental manager.

He commented: “The WorldSkills UK finals was a good experience. It was a great opportunity to network and learn what is happening in the industry and I was inspired by the range of products which were produced during the competition.” 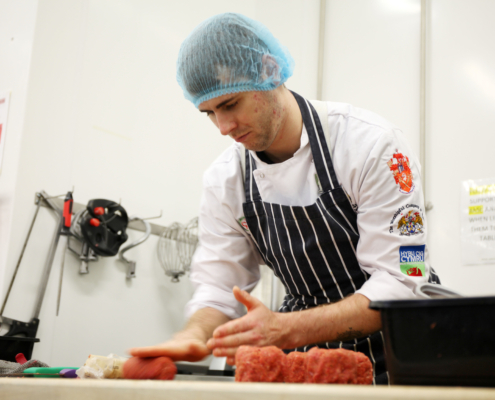 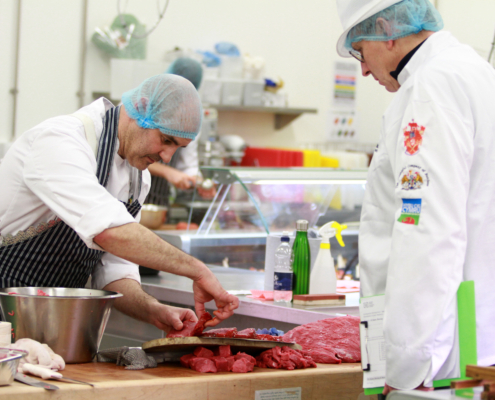 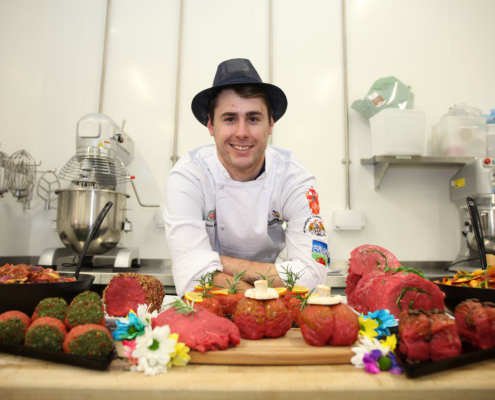 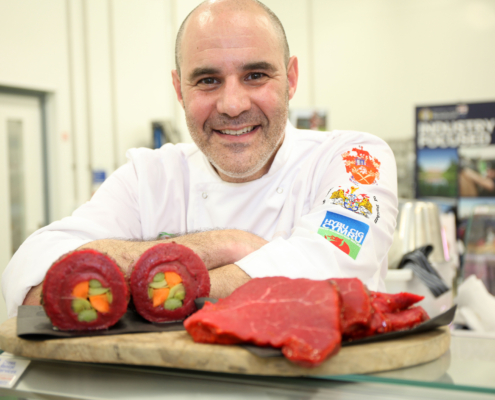 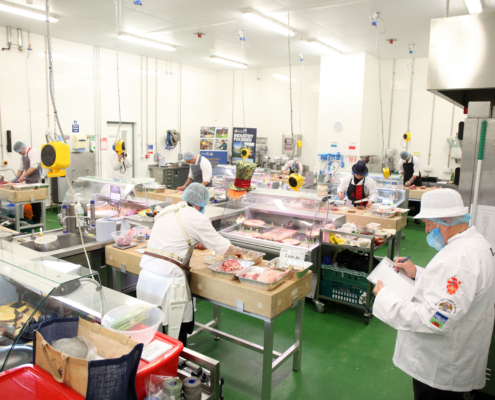