At Reaseheath, we understand that the equine industry can be a demanding place and that time is often at a premium for our HE students. Therefore, we have an outstanding structure of student support in place to assist you to achieve academic success.

We are also committed to building industry links for the benefit our students. We believe that these opportunities can enhance your learning experience whilst increasing your chances of employment in the future.

“My family run a successful Showing yard so it is sometimes necessary for me to compete during term-time. The staff at Reaseheath are so understanding and make sure that I don’t miss out on anything when my Showing commitments prevent me from attending lectures”.

We recently held a careers day at our HE faculty in partnership with The Cheshire Racing Hub – an organisation which  seeks to promote horse racing as a career among school and college students.

This event was aimed at illustrating the variety of career options available within the racing industry, ranging from marketing, media and office administration to the more familiar race riding, veterinary research and breeding.

“The British Racing industry embraces young people and there are so many opportunities all over the world,”  said Gillian Carlisle, Chief Executive of The British Thoroughbred Retraining Centre.

Other inspirational speakers included Tallulah Lewis, Executive of The Thoroughbred Club, Samantha Trainer, a roving assessor for the Northern Racing College and Elisha Whittington, a jockey at Michael Owen’s racing yard in Cheshire.

Riders from Oliver Greenall’s yard gave demonstrations about training the race horse in our indoor arena, whilst BSc Equine Science undergraduates Krystina Whitmore and Emily Cockerill spoke enthusiastically of their experiences working in the industry.

Many of our equine science undergraduates are considering careers in horse racing following the success of this informative event.

Reaseheath College, a leader in equine education, embeds race industry relevant content across a number of modules ranging from performance optimisation to public participation and innovation. 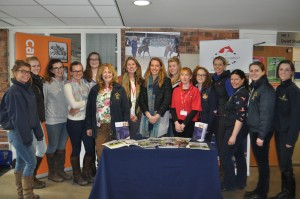 The schedule for this event, which was titled ‘Two Athletes – One Performance’, was packed-full of interactive presentations from a host of industry experts.

BYRDS Director Janet Horswill, explained that the symposium came to fruition after a focus group held during the British Dressage Under 25’s Championships in 2015.

“The suggestion for an annual convention aimed at BYRDS riders and their parents came from our own members,” said Janet.

“Dressage can be seen to be elitist and we are keen to break down these barriers; not all our members own ‘dressage’ horses – we see a real variety of mounts which can range from Shetland ponies to Warmbloods”.

During the Symposium, Janet teamed up with Kerry Comb (BVMS, MRCVS) to offer advice about sourcing potential dressage horses.

Said Janet: “Reaseheath Equestrian Centre is such a fantastic facility and, with the valued support of our sponsors, I would like to hope that this will become an annual event.”

HE students were given the opportunity to assist Equestrian Sports Journalist Jon Lowe with his media coverage of this event. 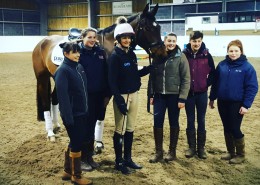 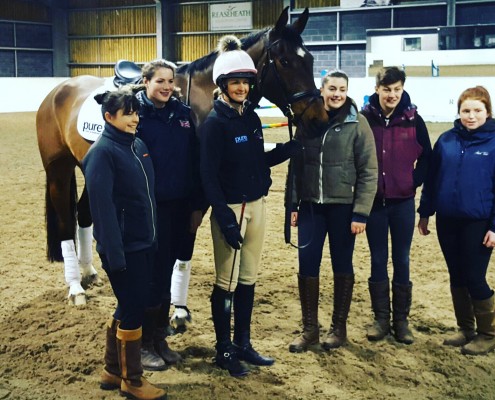 BETA International is the largest equestrian trade show in the UK.

Held at the NEC in Birmingham, the show offers exhibitors and buyers from around the globe a chance to source the very latest innovations in equestrian products and country attire.

A group of our HE students attended BETA where they  met up with representatives from various companies, all of whom offered them advice about how to build a successful career in the equine industry.

Students were given the chance to pose their questions to Claire Galer, who is the founder of underwear company Derriere Equestrian; Simon Middleton, Managing Director of Zebra Products; Andrea Moffatt from Horse & Rider Magazine and the Managing Directors of GRUBS Boots, David and Jan Foster.

GRUBS Boots are pioneers in the field of designing neoprene footwear which is durable enough to cope with the demands of the equestrian and agricultural markets.

Jan and her husband David, are keen supporters of Eventing and own two event horses who are based with International Event rider Ben Hobday. Ben also acts as a Brand Ambassador for GRUBS along with fellow event riders Lissa Green and James Somerville.

Said Jan: “It was wonderful to meet the students from Reaseheath. We discussed the evolution of our brand and we were impressed by the enthusiasm shown”.

Many of the companies we met encouraged the students to approach them if they required further advice in the future. 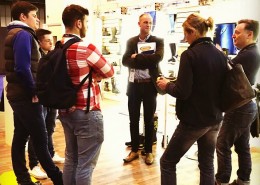 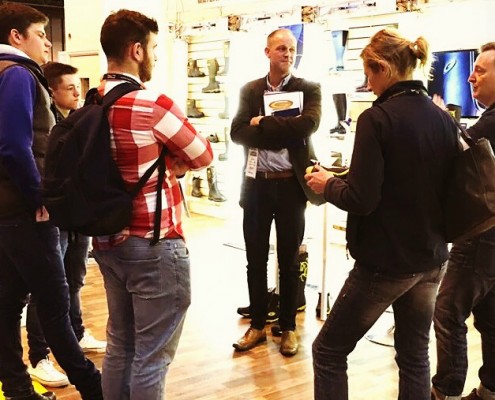 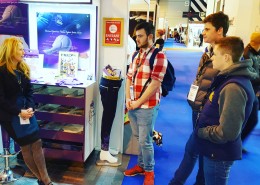 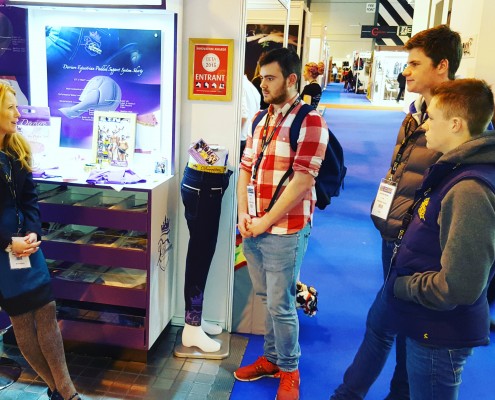 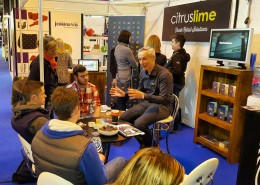 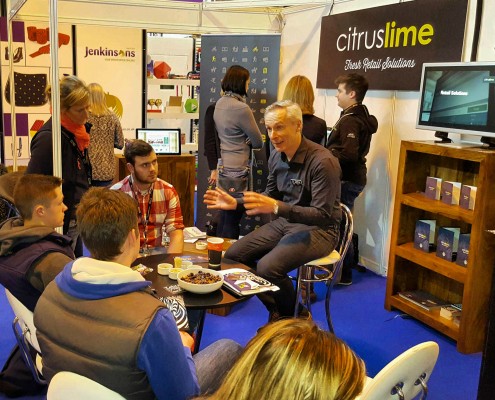 This year, Reaseheath students will visit The Mitsubishi Badminton Horse Trials for a taste of how this legendary event operates behind the scenes.

Bolesworth CSI**** International Horse Show is widely recognised as being one of the premiere events in the show jumping calendar.

Launched in 2008 by Managing Director Nina Barbour and hosted in the magnificent grounds of Bolesworth Castle, this fixture continues to grow in stature.

In 2015, Nina announced the arrival of a ‘sister-show’ – The Liverpool International Horse Show –  which was held at The Echo Arena and received rave reviews.

Reaseheath are proud to be long-term supporters of  the team at Bolesworth. For many years our students have made up the arena-party at their shows and our involvement is set to broaden.

This year, our HE students have been invited to gain valuable work-experience inside the Media Centre at this busy show and will be involved within their new ‘Equine Learning Zone’.

There will be opportunities for students to interview winning riders, contribute to social media feeds and even to produce press releases.

“The added value that Reaseheath students bring to the show is immense. We aim to encourage student participation in a variety of media activities across all levels of competition and equestrian activities,” said Debra Hargrave, who is the Coordinator of the Equine Learning Zone.

“It’s a real behind the scenes experience for students that will give them a flavour and a practical understanding of just what goes in to running an international event”. 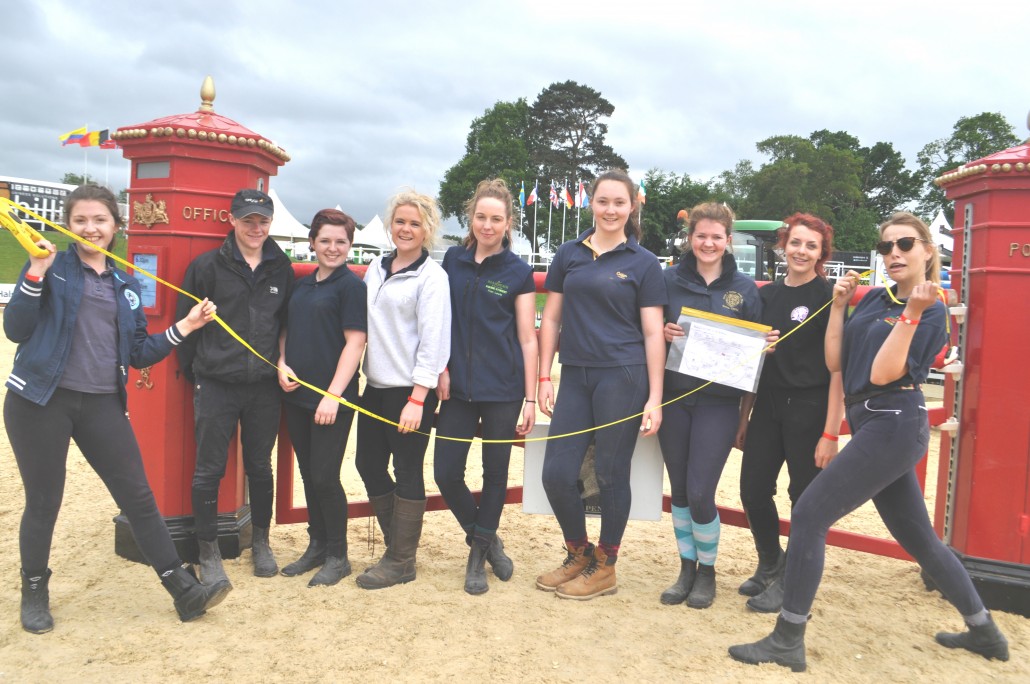